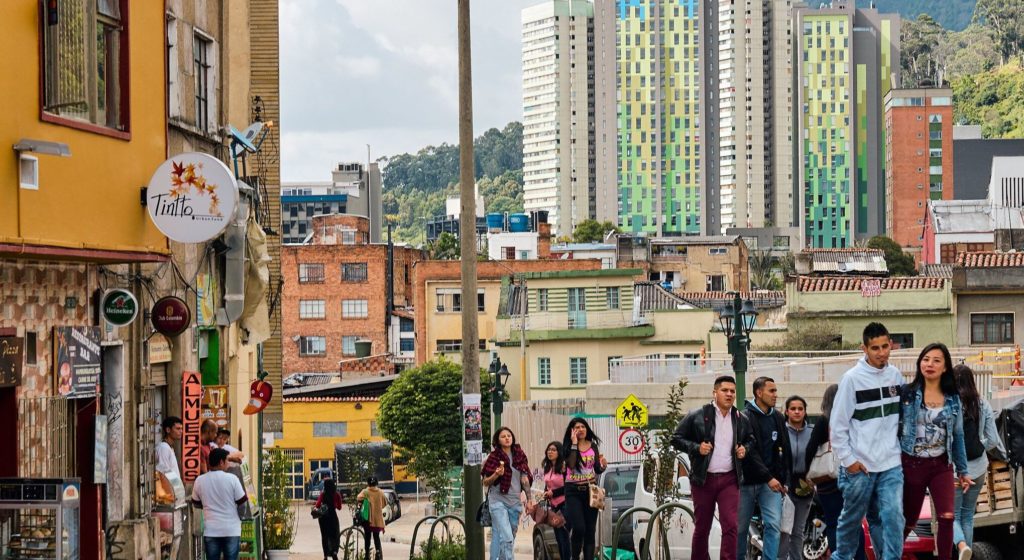 Bogotá: the city of happy people

Bogotá was famous 20 years ago already. Before it came to fame brought to it by its smart solutions, however, it was infamous due to drug trade and dangerous guerrillas. It used to be one of the most dangerous places to travel to and live in Latin America. Today, it is a paragon of sustainable growth and unprecedented rise in the quality of life for its residents.

Bogotá is held up as an example of urban revolution. In just under 25 years, the global hub for drugs and crime, thanks to mayor Enrique Peñalosa who has been dubbed the “Mayor of Happiness”, Bogotá has been transformed into the most innovative city in the world. Within 6 years, there were 800 parks and over 300 km of cycling paths either revitalised or constructed from scratch.

During Peñalosa’s term as mayor, in addition to cycling paths, pedestrian zones and wide pavements, there were also built new crèches, nurseries, schools and libraries which at the same time serve as neighbourhood day centres, cultural and social centres. The standard of public and social services increased, investments were made in a sustainable city transport system which became the foundation of social justice, and at the same time made it possible to handle the congestion which used to paralyse the city.

Considerable sums were diverted from the city budget to bring tap water and electricity to the poorest districts. The communal infrastructure development scheme in the poverty belt cost over 800 million dollars and included ca 650 thousand of the city’s poorest city. At the same time, the expenditure on education rose twofold, and the number of pupils in public schooling rose by over 30 per cent.

Bogotáns were desperate for contact with nature, other people, felt excluded from the city life, were stifled by excessive traffic, pollution and extreme poverty. City parks were fenced, and the children could not play freely due to cars racing through the city.

For this reason exactly, Peñalosa rejected the plan for developing a motorway network within urban agglomeration limits. Instead, he turned the pavements and city squares, degraded and dominated by cars and itinerant trade, into welcoming spaces that integrate the residents. Turning roads into pavements and cycling paths proved to be quite a battle, with demonstrations at the beginning, but after a while the people understood that pedestrians are just as important as drivers. 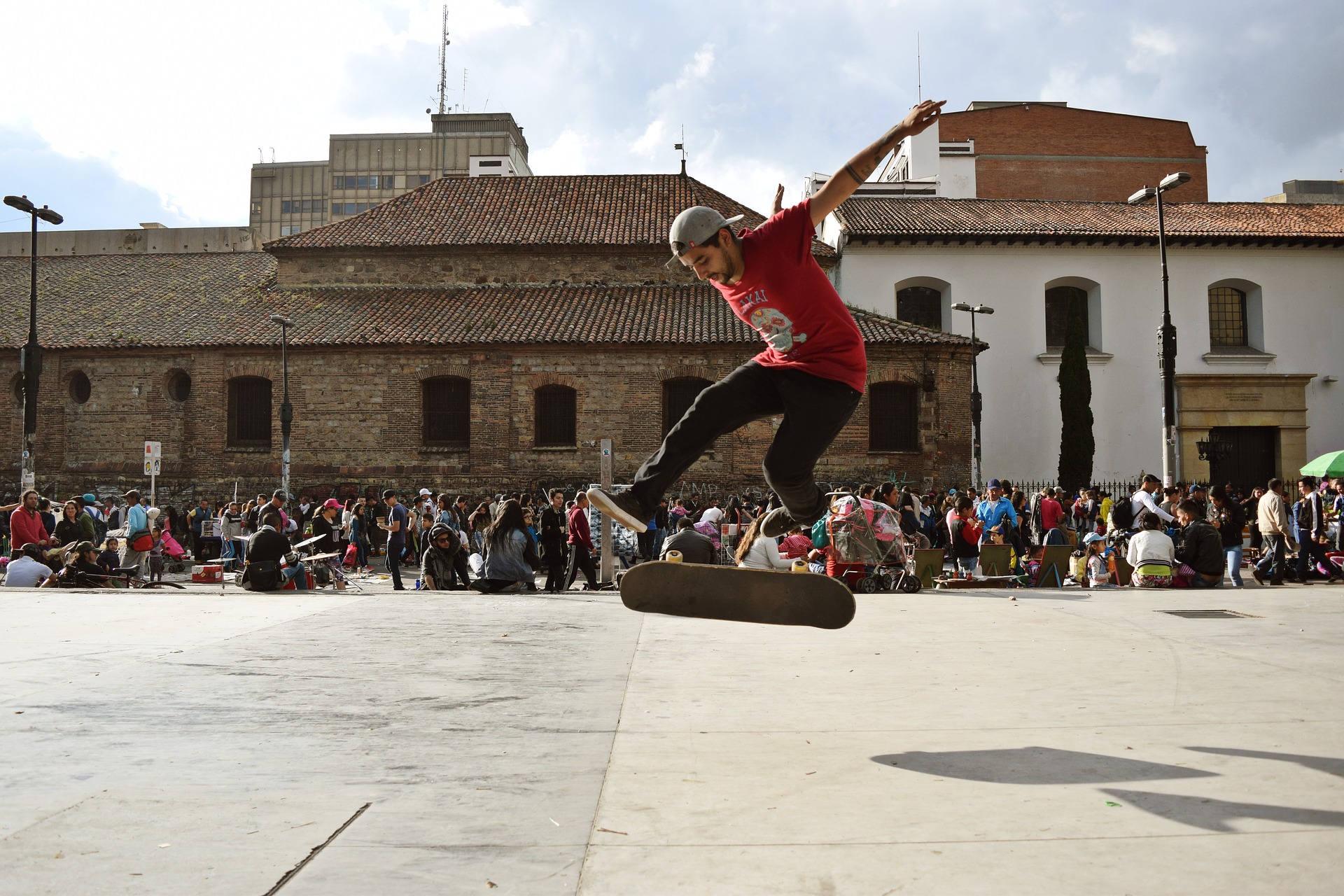 These changes did not only transform the looks of the city. Also safety statistics improved, with the number of murders falling by 42 per cent, and deadly accidents by 89 per cent. This improvement was achieved not solely by reorganising the city, but also through social education and reintegration of marginalised groups, achieved to a large extent by inter-partisan cooperation. It this way it was proved as a viable solution, and all that in a city with one of the highest income inequality indicator values (large differences between the poor and the wealthy). 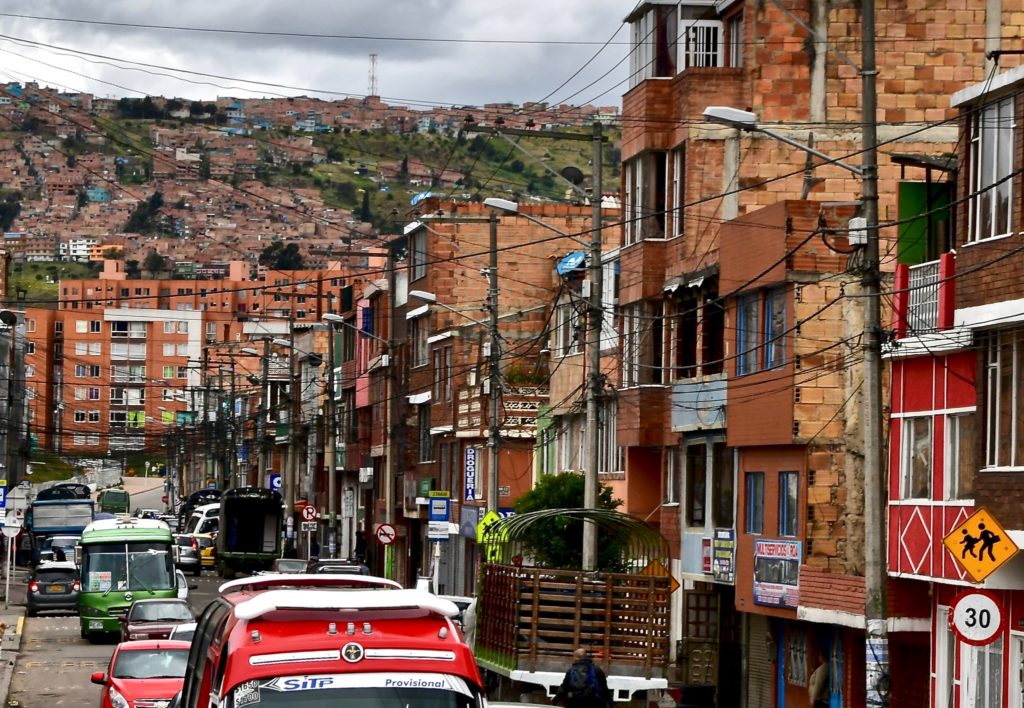 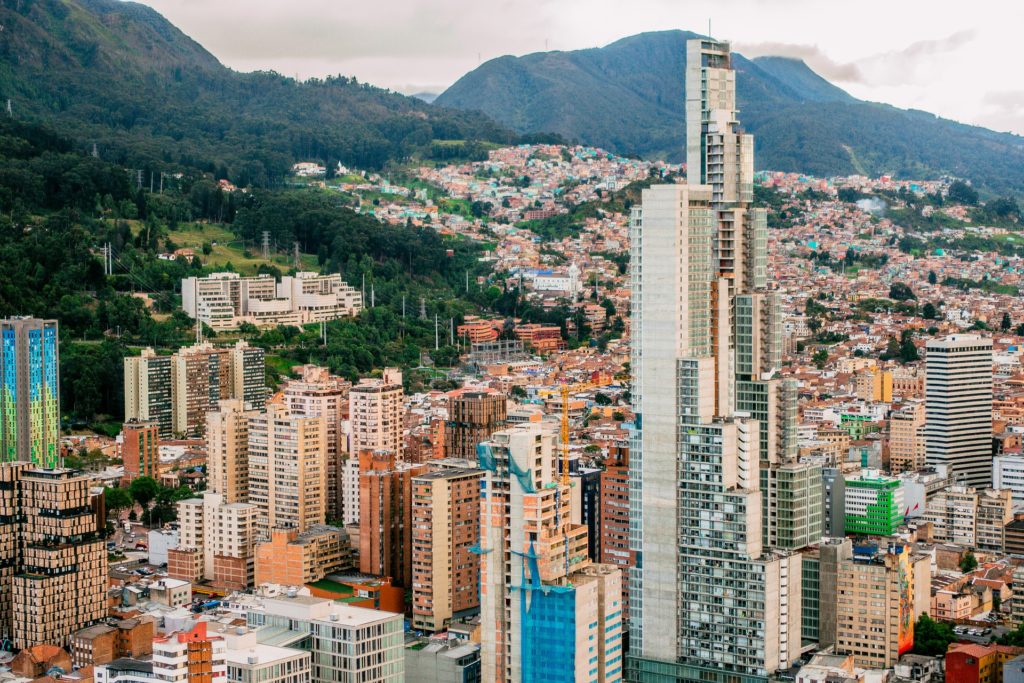 Streets take up over 30 per cent of city area. In Peñalosa’s opinion they ought to belong to all residents, not only to motorists. Especially children and the elderly, who are the “silent majority” in the city. This kind of perception does alter the perspective for space planning.

Pedestrian improvements began to gain importance in Bogotá in the mid 70s – this is when the first Ciclovia was held. Every Sunday, over 120 km of streets are closed to traffic for 7 hours, during which time the residents are invited to freely walk, run, roller-skate, push prams, cycle, exercise or dance on now car-free streets (it is estimated that over 2 million Bogotáns use Ciclovias every Sunday, and their format was copied and implemented in some cities of the USA, Belgium or Israel).

Peñalosa went one step further. In the third year of his term, Peñalosa challenged Bogotáns to participate in what was then an experiment called “Día sin Carro” (day without a car). On Thursday, 24 February 2000, from the crack of dawn, all private cars were banned from the streets of the city. Over 8,000 cars were left behind in garages on that day, with hundred thousands of people taking to the road on foot, by bike or roller skates to do their morning commute to work or school. It was the first day in 4 years on which no-one died in a car accident. The residents of Bogotá took a liking for this idea, and the event itself turned out to be the largest event of this type in the world. This Car-Free Day became later institutionalised through a public referendum. 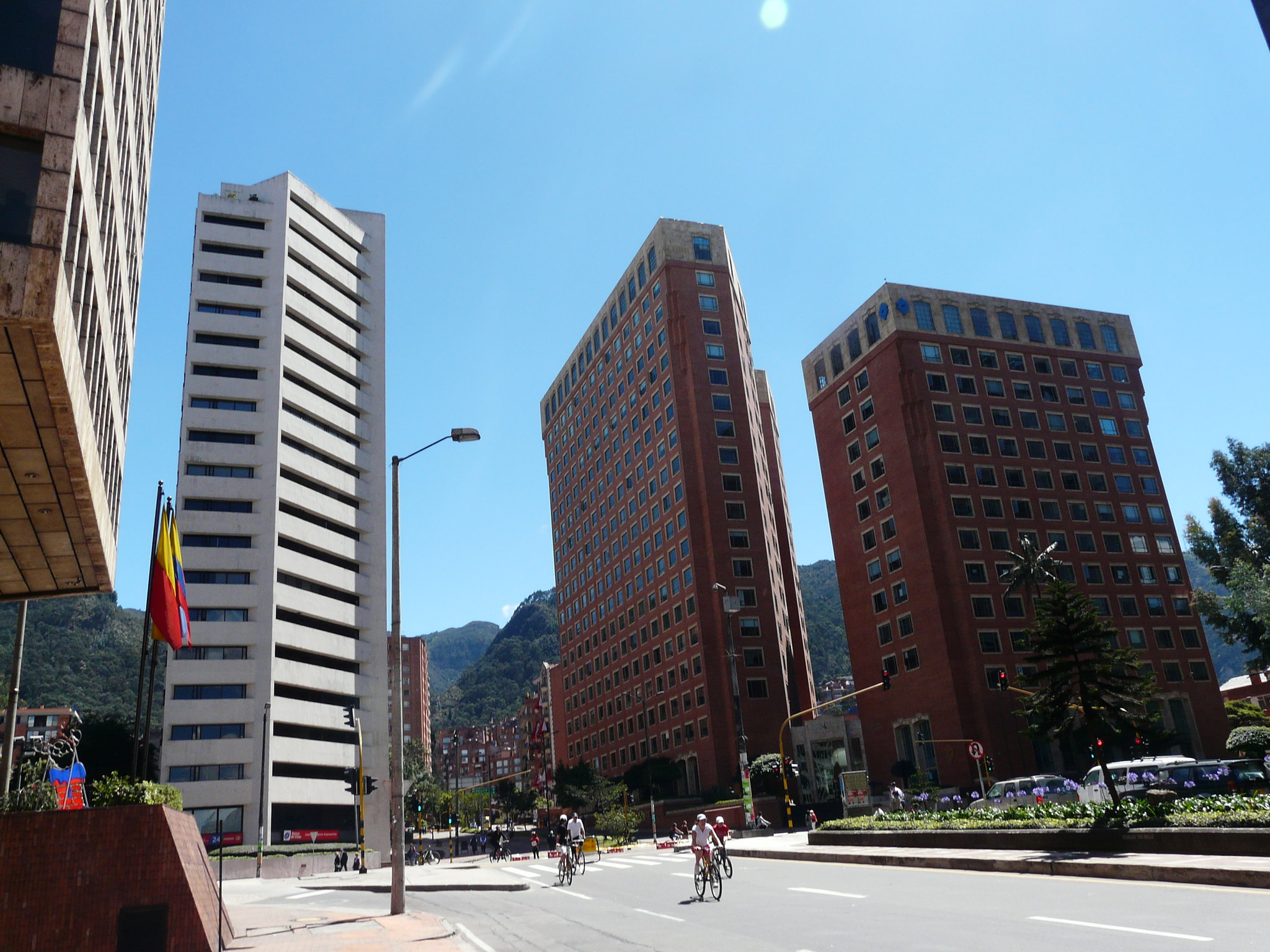 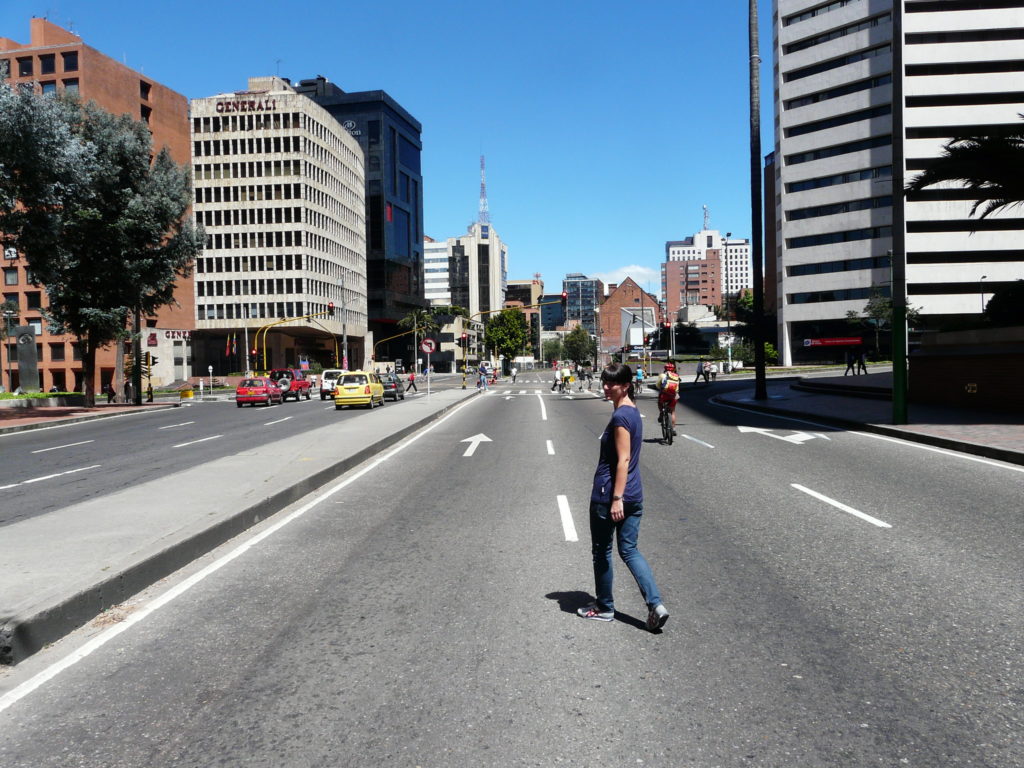 The mayor also took other measures: he doubled the rates for city parking and introduced a congestion mitigation scheme called “pico y placa”. Depending on the last digit on the vehicle’s number plate, cars are now banned from the road for two selected days Monday to Friday. This measure has reduced peak hour traffic by over 40 per cent. Additionally, the speed limit in residential areas was decreased from 50 to 30 km per hour.

The development blueprint for Bogotá was also centred around fighting social inequality through revitalisation of marginalised city areas inhabited by poor residents and guaranteeing equal access to road infrastructure for all citizens.

This end was achieved by launching a rapid bus transport scheme (BRT) called TransMilenio, which is considered to be one of the most advanced in the world. It is made up of over 1,300 high throughput buses (taking 160 passengers at a time), which travel – important piece of information – along dedicated bus lanes, small colourful buses called the “Colectivos”, which operate on the suburbs, and hundreds of kilometres of cycling paths. 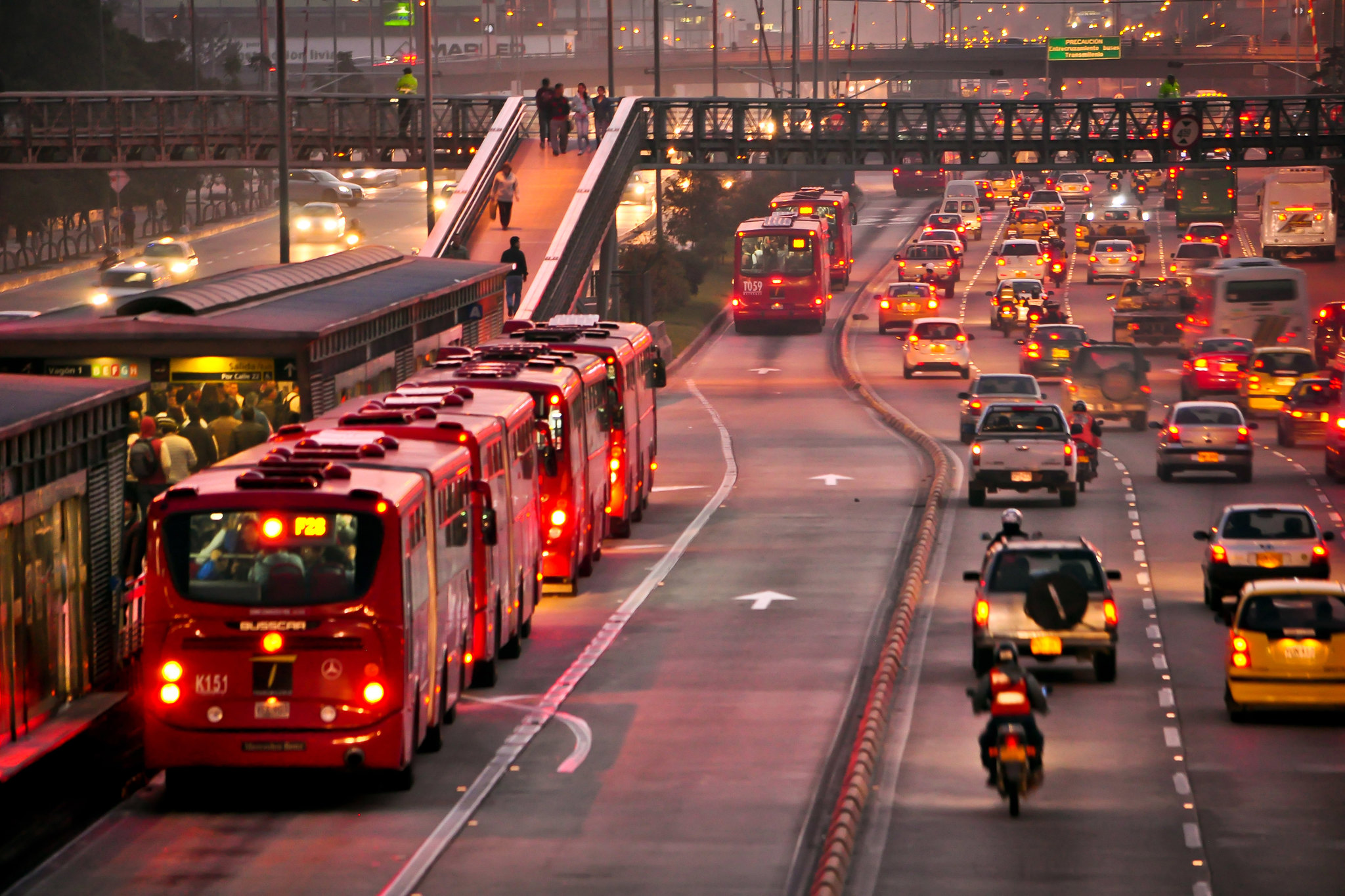 All buses have low floors compatible with wheel chairs and there is a ticket system at every station (tickets used to be purchased from the driver which considerably extended journey time and caused passenger irritation).

TransMilenio also provides free buses which transfer persons living in Bogotá’s suburbs inhabited by poorer communities to the main TransMilenio station. The ticket prices are fixed, regardless of the distance travelled, so that the lower-income residents from the suburbs can still use them.

It is worth stressing that many TransMilenio stations have guarded bicycle storage (free of charge after producing a bus ticket). Why? Because mayor Peñalosa took yet another step on the route to social equality. He initiated the construction of over 300 km of cycling paths, increasing bike usage in the city 5-fold. Cycling paths run both through impoverished and well-off areas to promote integration.

The greatest challenge facing Bogotá’s administration was to encourage all social groups to use the new city transport system, because of a stereotypical view that only the poor used buses. So, there had to be marketing ploy devised to make bus transport attractive, and this is how a “sexy bus” was born – red like the lips of a Latino Lady, called the TransMilenio.

All these changes perceptibly influenced the quality of life in the city. Currently, TransMilenio transports over 1.9 million of passengers every day, and 300,000 – 400,000 journeys are made by bike. Moreover, research conducted for TransMilenio in the year 2012 demonstrated a correlated 85 per cent decrease in crime and rising property and employment values.

I have described the key issues related to Bogotá’s transformation into a city of happy people, but I believe that they will be best discussed by Enrique Peñalosa himself in the video below.