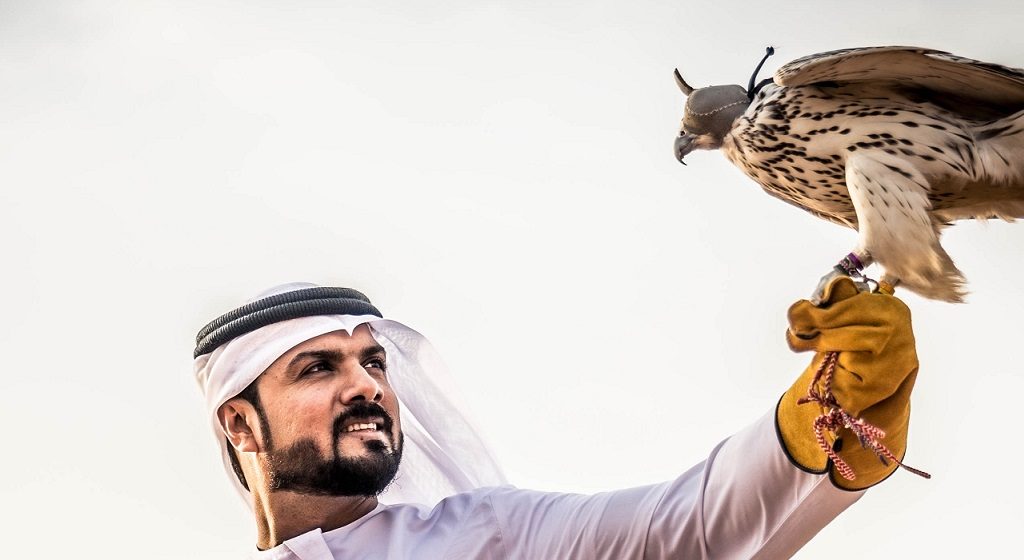 Dubai may be found on the map of the world next to the Southern coast of the Persian Gulf. It is the largest and the most populated place in the United Arab Emirates. It is a city of incredible development. Well, see for yourselves:

1. Until the end of 2025 (within less than 20 years) in Dubai a thousand buildings with height above 100 metres will appear.

During last 20 years more than 300 skyscrapers were built, and another 300 ones are under construction. More than 40 constructed high-rise buildings are of height exceeding 150 metres. For comparison, in Warsaw, a city with a comparable number of residents, during last 20 years there were constructed… six buildings with height over 150 metres. Currently, the highest skyscraper in the world is located in Dubai – it is Burj Khalifa with the height of 828 metres. The highest planned skyscraper in the world, Dubai Creek Tower, will be approximately 1000 metres tall.

High, modern skyscrapers are probably the best signature of every Smart City. The phenomenon of such dynamic development is not only the vision, determination and capital of the Sheik himself and his family, but above all, simplification and shortening of all procedures related to obtaining construction permits and any other time-consuming decisions, among others, environmental ones or the ones related to development conditions. 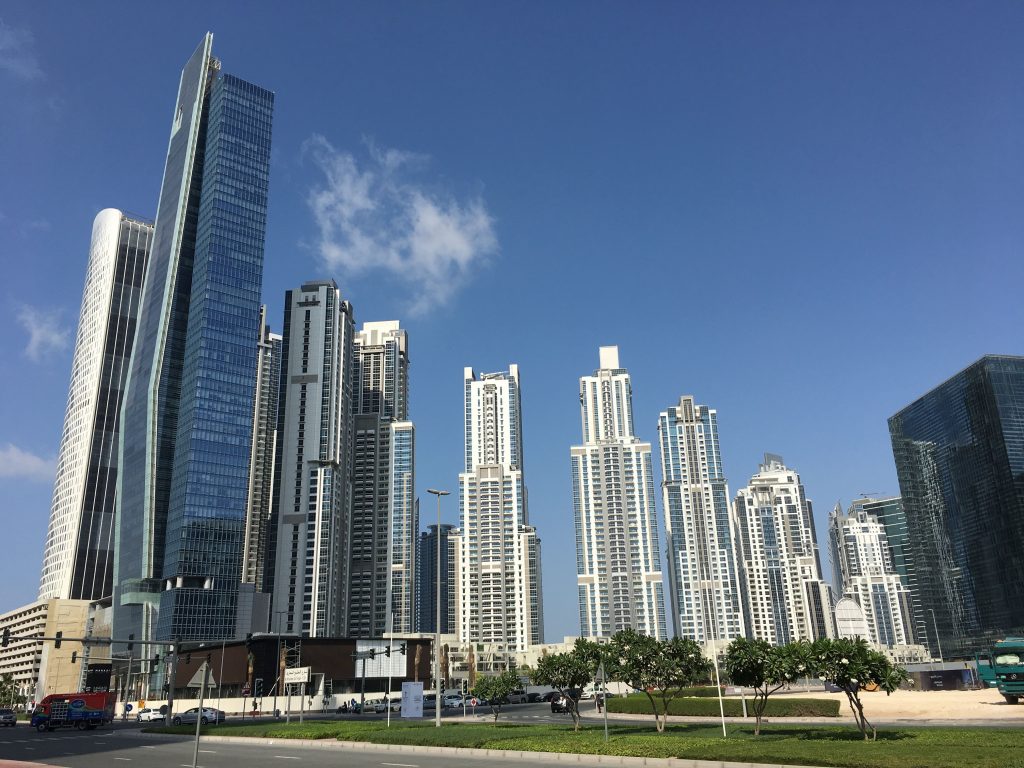 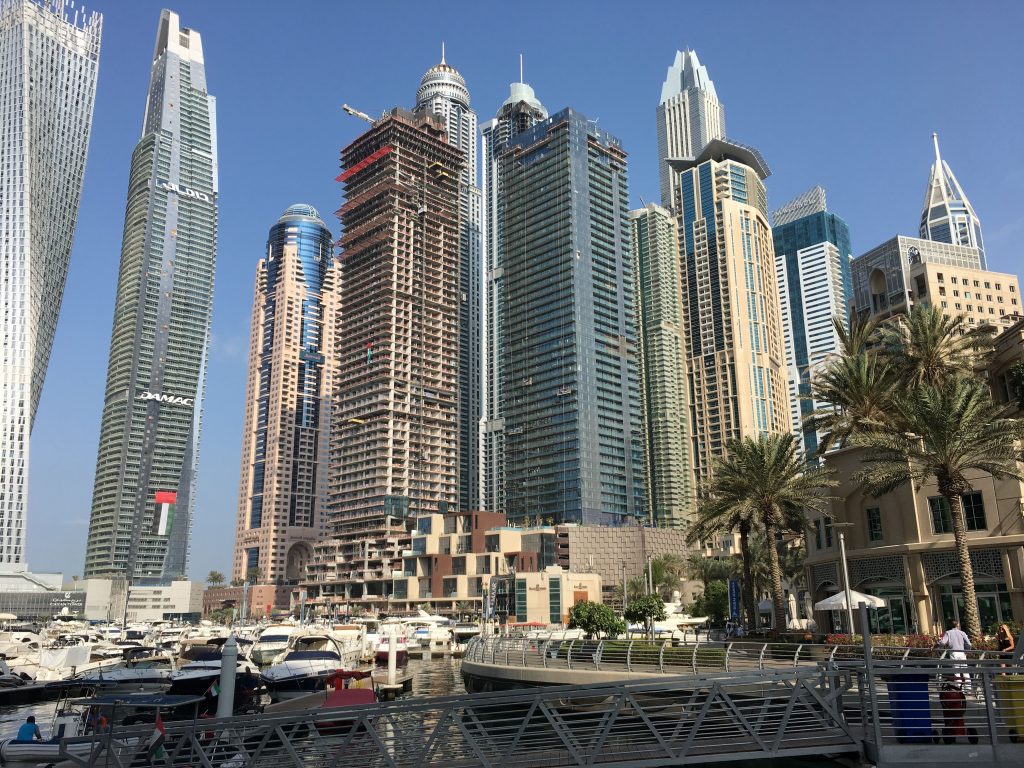 Additionally, the land is entirely in private hands, which accelerates investment processes. Projects of the buildings are prepared mainly by the best global design offices which do not spare money. At the same time, they are supposed to meet the highest standards and be responsible for elements of the implementation, including organization of the construction site and safety of the work as well as the schedule of works and expenditures with a list of suppliers of materials and all services.

With regard to Polish reality.

I guess we have an answer to the question why everything goes so slow in democratic society, and all needs of the residents are implemented with such delay and with such problems. In the beginning, we created a straightjacket, building a powerful superstructure in the form of government, ministries, departments, and offices, and then a huge number of laws, provisions, procedures, norms, and standards.

Then, giving power to the people, we provided an opportunity to block every investment, regardless of its strategic significance, for a few years by, for example, a neighbour/neighbours in the second building alignment or, at last, local community whose dissatisfaction expressed in the form of written protests or demonstration may be taken into consideration.

I do not mean only public investments but, above all, private ones in which the investor went through an ordeal, submitting a request for a construction permit (read: to be contested by local community) and obtaining any environmental consents, development conditions or agreements of media as well as road and communication connections required by the law.

And, in the end, a rhetorical question:

2. Only one percent of Dubai’s income is petroleum.

The most revenue is brought by income generated by aviation: an airport in Dubai, duty-free zone (Dubai Duty Free), Emirates airlines and tourism, which constitutes 42% of the income. Trade constitutes 29% of the income, the rest is generated by financial and construction sectors. Of course, the income generated by petroleum and gas constitutes 40% of the revenue, but it is completely different in case of Dubai. The city became independent of petroleum, which debunks myths about the city managed in a modern manner by Sheik Mohammed bin Rashid Al Maktoum. 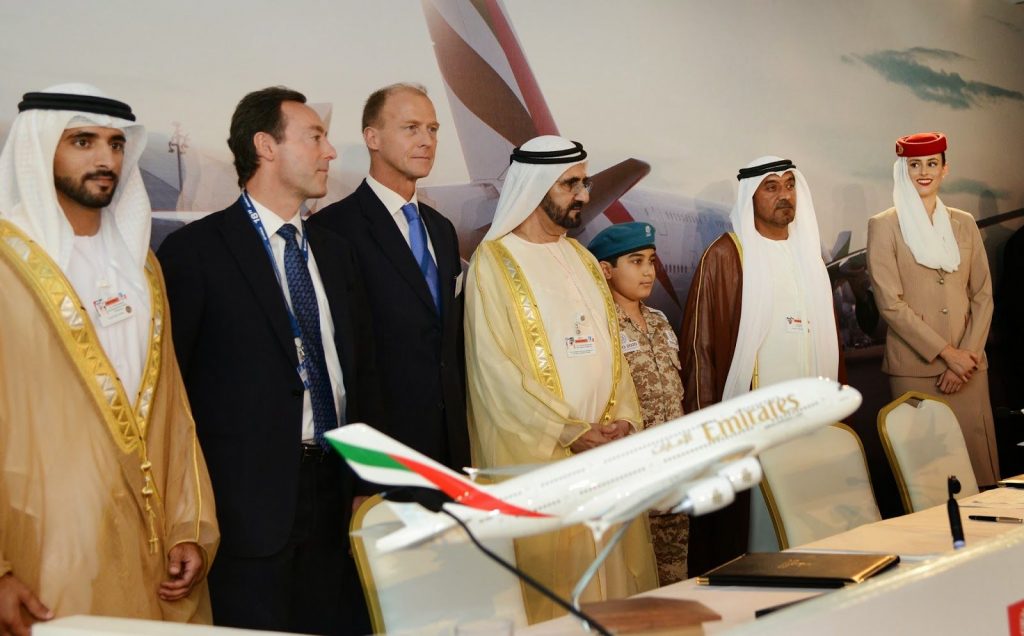 3. Women have a number of unique privileges.

In Dubai we will find special metro compartments only for women, special pink taxis driven also by women, separate service stands in all offices, special days in parks and on the beaches. Today’s Dubai society is divided into 25% of women and 75% of men (residents of the Emirates and men who came there for a temporary period of time to work). Therefore, special conditions were created for women only in order for them to feel safe in such male world, enjoy living there and the charms of urban life.

Entrance for women and children 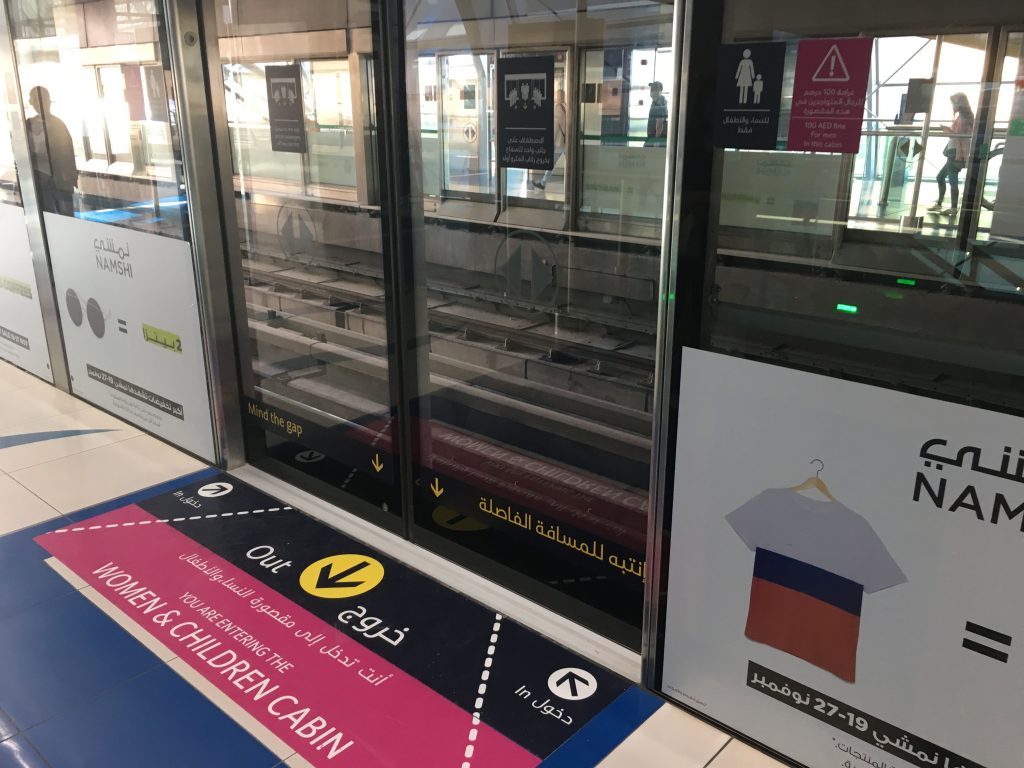 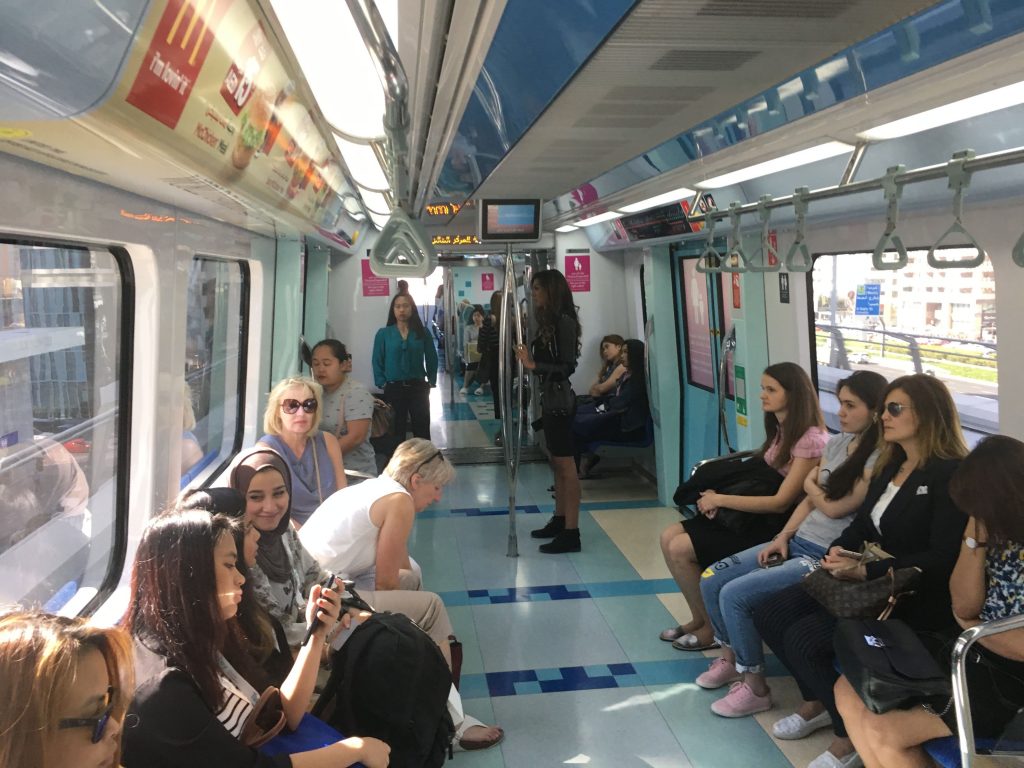 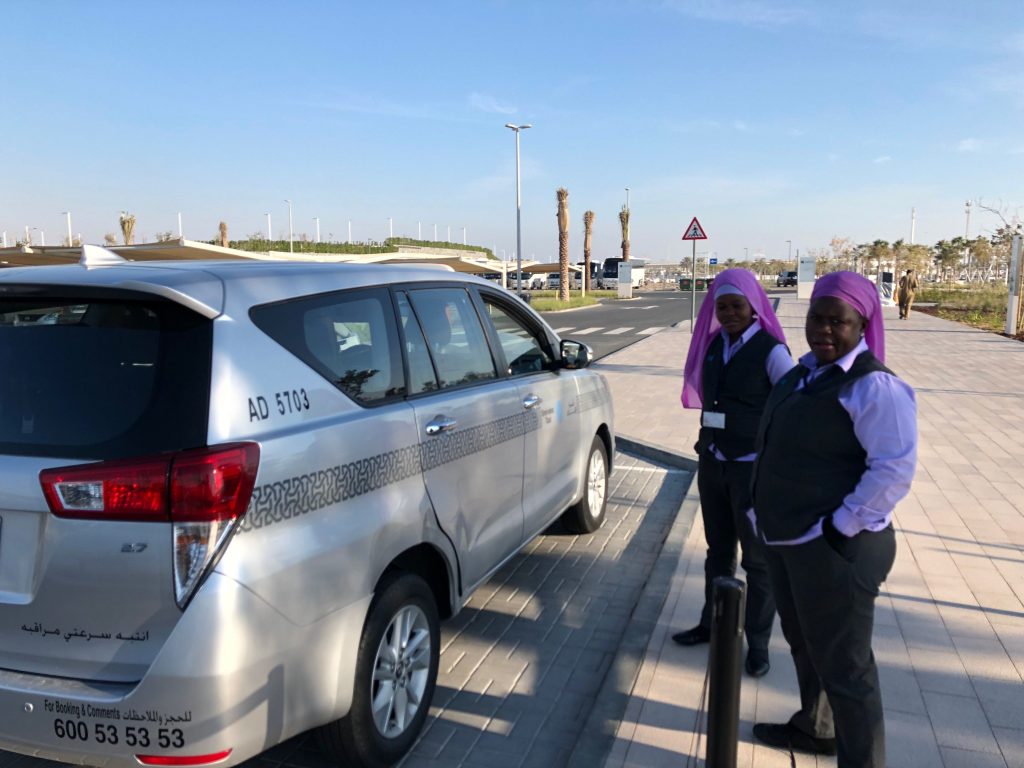 4. The best gift that you can give to a resident of the Emirates on an important occasion is… a falcon.

Historically, falcons were used in today’s lands of Emirates as a weapon in the hands of hunters, and the fate of many families was dependent on its effectiveness during hunting. Today, due to the prohibition of hunting using falcons in the Emirates, the owners of these predatory birds drive to hunt in Kazakhstan, Kyrgyzstan, and Uzbekistan. A falcon can plummet, attacking the victim with the speed of 389 km/h. Today in the Emirates a trained falcon of the highest class may cost up to approximately AED 30 000 – 100 000. Price record in the world is USD 230 000. In Abu Dhabi there exists a special hospital for falcons. Birds described above fly by airlines, the most frequently in the business class, and they have their own passports apart from leg-rings. 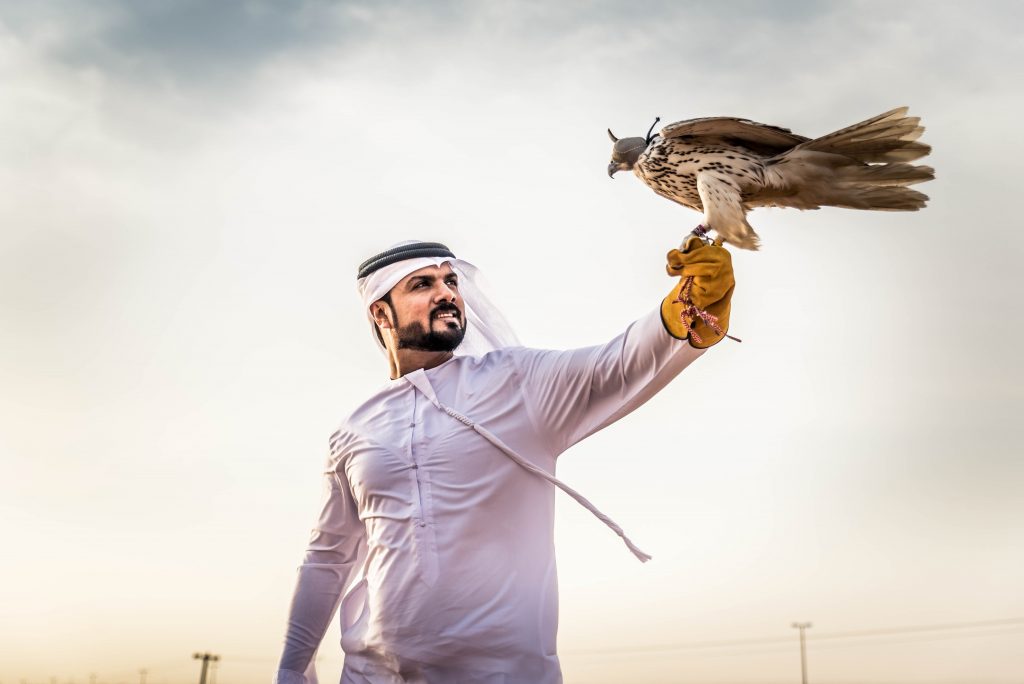 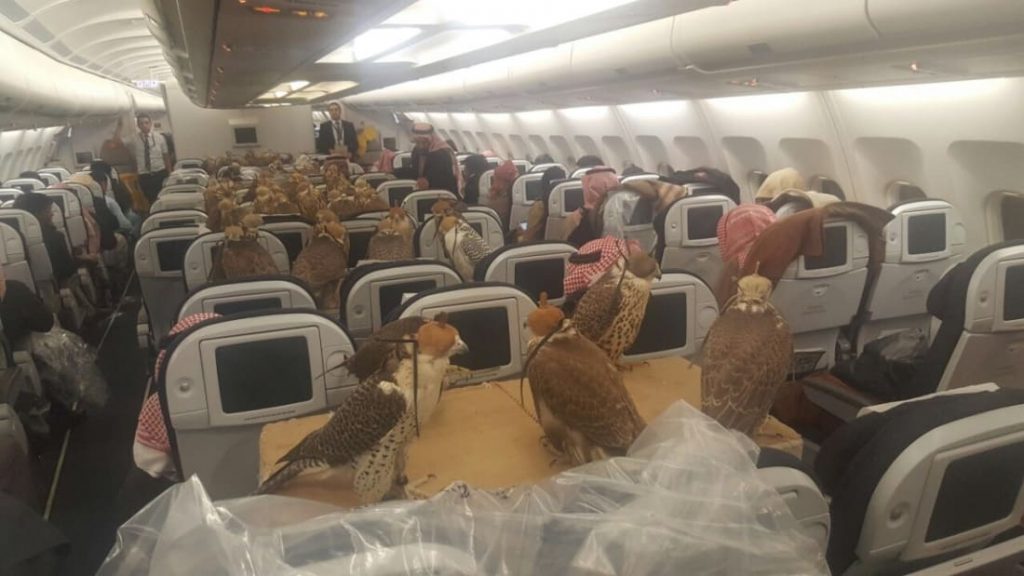 When I succeed in getting the audience with one of the Sheiks, at least I will know what kind of gift to buy in order to make a good impression and probably do a good business with them. However, I would like to point out in the beginning, that if someone had an idea to buy me such a gift, I would recommend the same thing, only in a metal housing. My proposition has the same price and a little bit less speed, but it is also a predator – it is the newest model of Porsche 911 Carrera Turbo S cabriolet. 😉