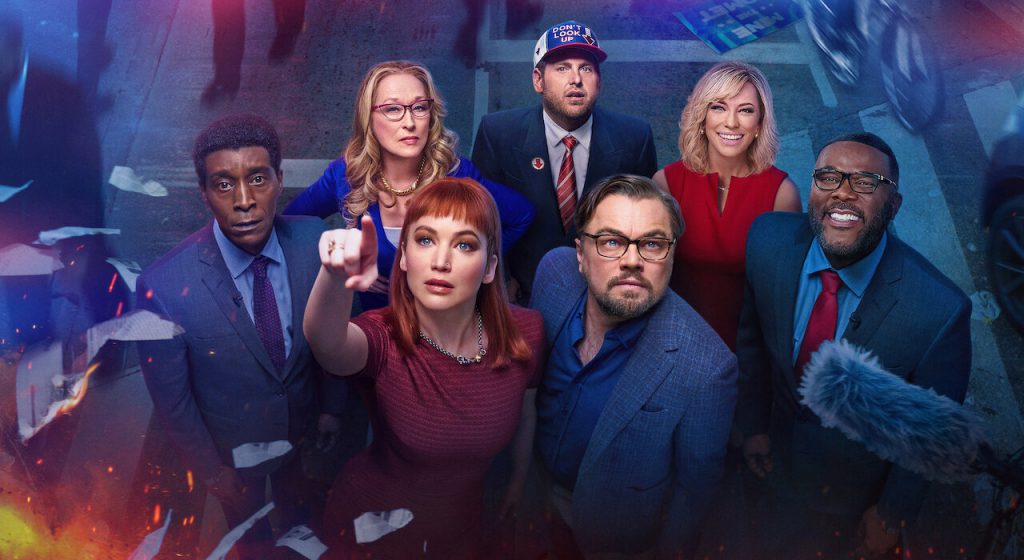 I feel that in recent times films have become a powerful tool for drawing attention to world problems. Sometimes these are documentaries (like Seaspiracy), or cinematic productions. “Don’t look up” – the latest work by Andy McKay and Netflix has caused a general stir and has become known as a black comedy, a parody of our inaction and even an activist manifesto. The roles of Leonardo DiCaprio and Meryl Streep in this film are no coincidence, the actors have been very active in environmental protection for years.

There are celebrities who support environmental protection measures for show, because it is fashionable to do so and thus gain in the popularity ratings. They are not very convincing in this role, because it is not followed by radical changes in their lives or results. They are called “greenwashers”.

But there are also those who have been doing this with full conviction and commitment for many years, investing a lot of time and money in the fight against climate change. As some activists point out, their faces and the means they use are, in the current reality, one of the most powerful ways to draw attention to global environmental or social issues.

I am glad that actors are using their fame to support the planet. The results of the actions of some Hollywood stars are downright impressive and can be an inspiration to others.

He is one of the most vocal climate change activists in Hollywood. In 1998, he founded a non-profit organisation called “Leonardo DiCaprio”, which is “dedicated to the protection and well-being of all the Earth’s inhabitants”. To date, the foundation has funded more than 200 projects around the world and awarded $100 million in grants, working with other international organisations such as the World Wildlife Fund, Oceana and the Wild Foundation. Donations fund projects that help wildlife, marine life, climate change initiatives, indigenous rights, Environment Now and changes in media, science and technology.

Among others, the Leonardo DiCaprio Foundation has donated $1 million to an innovative conservation project in Nepal to protect the country’s wild tiger population. It has also funded projects to help protect the black rhino in Tanzania, the lowland gorilla in Central Africa and the snow leopard in Central Asia.

In addition to projects dedicated to protecting endangered species, the actor has campaigned to stop the inhumane trade in animal products such as ivory. In 2013, he sponsored a petition that helped end the ivory trade in Thailand. The foundation also supports the WildLife Direct project, which identifies illegal ivory trade routes and cartels using DNA tracking.

Together with a group of scientists, he also launched Re:Wild, a $43 million initiative to re-wild the Galapagos Islands. The work has helped protect and conserve more than 180 million acres of land with more than 16,000 animal species living on it.

DiCaprio’s work is not just limited to protecting animals and the environment. He is also involved in human causes such as education and protecting the rights of indigenous communities. His foundation has worked with Amazon Watch to promote the rights and protect the lands of the indigenous tribes of the Amazon basin. He has also supported projects that preserve the history and culture of the Chumash people, the Alutiiq community and the Standing Rock Sioux tribe. In 2016. DiCaprio and fellow environmentalist Mark Ruffalo showed their support for the Standing Rock Sioux Tribe in their fight against the installation of the Dakota Access Pipeline.

His speech at the 2016 Oscar gala, where he accepted  Oscar statuette for the film “The Revenant”, has gone down in history. It represented the actor’s personal appeal to the world to take action to protect the environment: “Climate change is real, it is happening right now, it is the most urgent threat facing our entire species, and we need to work collectively together and stop procrastinating!”

The Oscar-winning actor is simultaneously a UN Messenger of Peace. His speech at the 2016 climate summit was equally emotional. Addressing the world leaders he said:

“You are the last hope for the Earth. Climate change is happening faster than the greatest scientific pessimists predicted decades ago. It is like a speeding train, pulling a disaster for all living beings. Think of the shame that will accompany you when your children and grandchildren realise that you could have stopped the disaster, but you lacked the political will.”

Along the way, he addresses issues that affect the marine world, such as global warming, whaling and noise pollution. In 2020, he teamed up with Barry Jenkins for the film version of the documentary Virunga, which focuses on the work of rangers from Virunga National Park in the Democratic Republic of Congo and their mission to protect the endangered mountain gorillas from poaching, oil companies and social conflict. And in “Before the Flood”, which was made in collaboration with National Geographic, the actor, while travelling around the world, met with world leaders including US President Barack Obama and Pope Francis. Shots of the interviews were combined with visuals of the effects the climate crisis is already having around the world.

The actor advocates plant-based eating. On his Facebook and Twitter accounts, which are followed by millions of users, he encourages people to replace meat with plant-based burgers once a week. “Every single person can help the planet and reduce climate change with one small choice every week.” – wrote DiCaprio.

He also invests in vegan and sustainable companies, including plant-based milk producer Califia Farms and vegan meat brand Beyond Meat.

The actress is known around the world for her ability to transform into almost any character. But few know her as an environmental health activist.

Streep’s environmental activism began in the 1980s, when the 17-time Oscar-nominated actress began speaking on behalf of the Natural Resources Defense Council to raise awareness about environmental issues. In March 1989, the so-called Alara Report was published, detailing the dangers of toxic pesticides used in fruit and vegetable production. She then began working with Wendy Gordon to create the Mothers & Others campaign, which aimed to mobilise citizens to fight for stricter pesticide standards. It was about protecting human health, especially babies and young children. 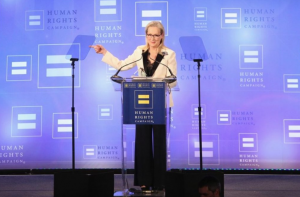 The campaign was later transformed into an organisation of the same name. Its mission was to provide consumers with valuable information about dangerous chemicals that have become ubiquitous in our consumer society. “Arming” with information, it aimed to activate citizens to demand safer products and more sustainable manufacturing practices from industry. The organisation’s activities encouraged shops to stock organic products and shoppers to support farmers’ markets and CSA (community supported agriculture). Lists of safe food and drink storage containers have been distributed, and dozens of product reports have been published, from paints and finishing materials to personal care goods, home furnishings and children’s toys. Undoubtedly, Mothers & Others was transformational, harnessing the power of the concerned consumer to change the marketplace. And Meryl Streep was its leader.

In 1994, the actress became the face of a series of films called “Race to Save the Planet”. This 10-part production, shot in 30 countries on all continents, analysed major environmental problems: from population growth to soil erosion, to forest destruction to man-made climate change.

The actress continues to help raise awareness about toxins in food and the environment by supporting the work of the Child Health Coalition. She encourages people to read labels carefully. She urges people to check where food comes from before taking it home: “It’s about being an informed consumer, with a considered approach to every decision. It may be that some healthier and safer products are more expensive, but they bring more benefits in the long run.” – she emphasises.

In Connecticut, where she has a home, Streep has started a CSA, a food co-op. The actress is known to shop at the market and Whole Foods and prefers locally produced goods. Her home in Connecticut is powered by geothermal energy.

In an interview with USA Today, when asked if she was an environmental activist, the actress said: “We are all activists every day when we make a purchase. We vote every day with our credit cards, we demonstrate with our dollars.”

It is worth mentioning that the actress has also been involved in movements for equal opportunities for women for years. In 2014, President Barack Obama honoured her with the Presidential Medal of Freedom.

There are many more active eco-activists in Hollywood. Among them are Robert Redford, who has been fighting since the early 1970s to increase clean energy and conserve natural resources; Mark Rufallo, co-founder of The Solutions Project, which focuses on making renewable energy accessible to all; Matt Damon, who founded the H2o Africa Foundation, an organisation that provides vital access to clean water for people around the world; Don Cheadle, who, as well as being an actor, is also a Goodwill Ambassador for the United Nations Environment Programme; and Jane Fonda, who has been arrested four times for leading rallies in the US on climate change.

I believe, as DiCaprio said, that with one small choice each week we can reduce climate change. I also agree with Meryl Streep that we are all eco-activists when we make a conscious, thoughtful purchase of a healthy product.

You don’t have to be a famous actor or celebrity to be an effective environmentalist and support the planet. You can simply pay more attention to labels, products, consumption, make conscious purchases, for example at the Experience Center Save the planet in Posnania. Support environmental and climate protection organisations, such as the Save the Planet. Or react quickly when you notice that nature is being destroyed, or human and animal health or life is in danger, e.g. by calling the Green Line Call & Save 512-81-55-55 (telephone duty on Wednesdays 13:00-16:00, email [email protected] from Monday to Friday).