Is there a hydrogen-powered future ahead of us?

Since the 1960s, NASA has been using hydrogen fuel cells for the Apollo missions. And although hydrogen and its potential has fascinated scientists and the world’s largest companies for several decades, widespread use now seems as impossible as flying to the moon once was. However, as some claim – it is only a matter of time…

All because of… greenhouse gas emissions and rising energy demand. A zero-carbon economy by 2030 is Europe’s declared 30-year plan to stop climate changes. The hope is in renewable energy sources to replace fossil fuels. All the more so as the world’s population and economic growth increase, it is estimated that energy demand will increase by 50% over the next 30 years. Hydrogen plays an important role in this plan – more specifically, ‘green hydrogen’, which is produced using renewable electricity and electrolysis, and thus does not generate CO2 for the atmosphere. It is the key to slowing down the climate changes. 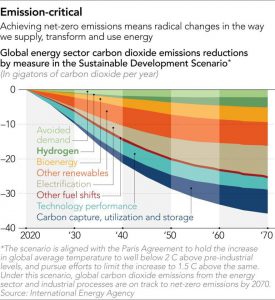 Hydrogen is an element that is commonly found in the Universe. It can be used to store energy, generate heat or as a transport fuel. Its virtually unlimited resources, and thus its enormous potential, mean that the world’s largest companies such as Toyota and Hyundai began investing in hydrogen some time ago. The former car company is planning to produce around 30,000 hydrogen-powered electric cars after 2020. The initial step in this goal is their model of the Toyota Mirai hybrid (a hydrogen-powered electric car), which can cover a distance of 550 km (electric cars on average can cover about 200 km) and its refuelling time is 4 minutes (electrics take longer to charge).

The second brand estimates its production at 700,000 cars, which it will achieve in 2030. It is worth recalling that at Auto Expo 2020 Hyunadi presented an eco-friendly and economical SUV Hyundai Nexo powered exclusively by hydrogen fuel cells. Unfortunately, for now it is not available in Polish showrooms. 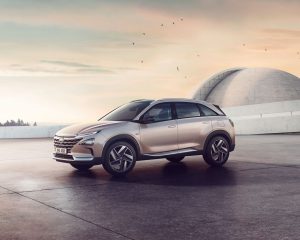 Market players estimate that a $2.5 trillion market can be created around hydrogen, which is why the Hydrogen Council was launched at the 2017 World Economic Forum in Davos. This is a global initiative led by CEOs from 92 leading energy, transport, industrial and investment companies with a shared and long-term vision for the development of the hydrogen economy.

Another entrant is Toshiba, which has been researching fuel cells since the 1960s and claims to be a leader in hydrogen technology. The company has developed a solar farm and a 10-megawatt plant to produce hydrogen from renewable energy. The facility was launched in 2019 in Fukushima, which was affected by a devastating tsunami and nuclear disaster in 2011. Such symbolism.

The race is accelerating

The pace of discussion regarding hydrogen accelerated after the Coronavirus epidemic. Governments in many countries, such as Germany, the United Kingdom, Australia and Japan, have announced concrete plans and actions concerning hydrogen.

Australia has allocated $191 million to start hydrogen projects. Portugal is planning a new solar-powered hydrogen plant. The Netherlands has presented a strategy with a ceiling of 500 megawatts from “green hydrogen” to be achieved by 2025.

For its part, the German Government has announced a target of 5 gigawatts of renewable generation capacity by 2030. To enable the production of ‘green hydrogen’ it plans to spend EUR 7 billion to support the introduction of hydrogen technology to the market and a further EUR 2 billion to support international partnerships.

Even in Poland, it was announced in mid-May that a Hydrogen Valley is to be established in Rzeszów. Have you heard about this?

In 2018. China announced that the city of Wuhan will become a global hydrogen city by 2025. As part of this goal, 3 to 5 of the world’s leading hydrogen companies and 30 to 100 hydrogen fueling stations are to operate in the metropolitan area. Unfortunately, Wuhan’s development plans have been hampered by a coronavirus pandemic.

Likewise South Korea’s announcement in 2019 to build 3 hydrogen-powered cities by 2022 (a pilot project supported by the Ministry of Land, Infrastructure and Transport). These cities were to be equipped with 9.9 megawatts of fuel cells, 670 hydrogen-cell electric passenger cars and 30 hydrogen-powered buses. Korea’s far-reaching plans announced that this was just the tip of the iceberg, as the country wanted 30% of all Korean cities and towns to go hydrogen by 2040. The Ministry of Trade, Industry and Energy announced these plans as the new growth engine for the Korean economy. As you can see, due to the epidemic, the deadlines for Korea’s hydrogen strategy have moved into the indefinite future.

Visualisation of a hydrogen city according to South Korea’s plans.

On the right way to hydrogen-powered cities is Japan, which sees hydrogen as an important tool not only for reducing carbon emissions but also for energy security reasons.

The country now has the world’s largest network of hydrogen refuelling stations. There are currently 135 of them and they are heavily subsidised by the government, symbolising a belief in the future of hydrogen and a desire to lead the world in the race to commercialise it. By 2030, Japan is expected to have 900 operational hydrogen refuelling stations. Much of Japan’s fleet of around 4,000 hydrogen-powered vehicles currently on the streets of Tokyo belongs to the government. The rest are bought by wealthy, environmentally conscious enthusiasts who can afford a 7 million yen (about $68,000) car.

But the most impressive example of Japan’s confidence in hydrogen docks in the port city of Kobe and is called the Suiso Frontier. Built by Japan’s Kawasaki Heavy Industries and launched in 2019, the vessel is the world’s first designed to carry hydrogen in liquid form (extreme conditions of -253 degrees Celsius). 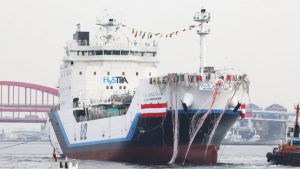 By 2030 Kawasaki Heavy wants to have two ships capable of carrying 225,000 tonnes of hydrogen to Japan, enough to power 3 million fuel cell vehicles a year! Ambitious.

Japan, too, had much more far-reaching plans, which were spoiled by COVID-19. Its showpiece was to be the 2020 Tokyo Olympics, specifically the part of the Olympic village known as the Harumi flag, which was to be equipped with fuel cells using hydrogen to generate electricity for lighting and air conditioning, and visitors would be transported to various parts of Tokyo on hydrogen-powered buses. This ‘showcase’ of the Japanese government’s hydrogen policy will also have to wait for a better time.

Hydrogen has both supporters and opponents. Critics focus on costs. Producing “green hydrogen” currently costs around $3-6 per kg. “Black hydrogen” includes methods based on fossil fuels (coal, gas or oil), its production is cheaper, because it oscillates around 1 – 1.8 dollars / kg, making 98% of hydrogen in the world obtained in this way. Unfortunately, ‘black hydrogen’ is not an ecological fuel, as its production produces carbon dioxide.

There is also a large investment in infrastructure. It would be necessary to modify pipelines or build new ones that could supply hydrogen to cities, not to mention the construction of filling stations for cars. There is currently not a single one in Poland, but there is light at the end of the tunnel – I recently read that the first one is to be built soon in… Gdańsk.

We should also not forget about the difficulty of storing hydrogen – at the moment we have limited technological possibilities of storing the fuel in tanks and installations in vehicles.

Tesla’s founder Elon Musk himself spoke out on fuel cells, calling hydrogen cars a “stupid” idea. However, it is an undeniable fact that Tesla sees hydrogen fuel cells as a competitive technology.

As long as the ball is in play…

…anything is possible. Optimists argue that fuel cell vehicles are just as viable as electric vehicles and that solving the cost problem is mainly a matter of scale.

Christian Carraretto, Deputy Director for Sustainable Resource Investments at the European Bank for Reconstruction and Development, takes the same view. He says we are probably in the same situation we were a decade or two ago with renewable energy, where this solution is still more expensive than the alternatives. But even today it’s only two or three times more expensive, it’s not 100 times, so if the topic continues to evolve and there is progress in policy (legislation and subsidies to support the transition is key), he expects hydrogen to become truly cost competitive soon

Time will tell whether this will happen. And what do you think?