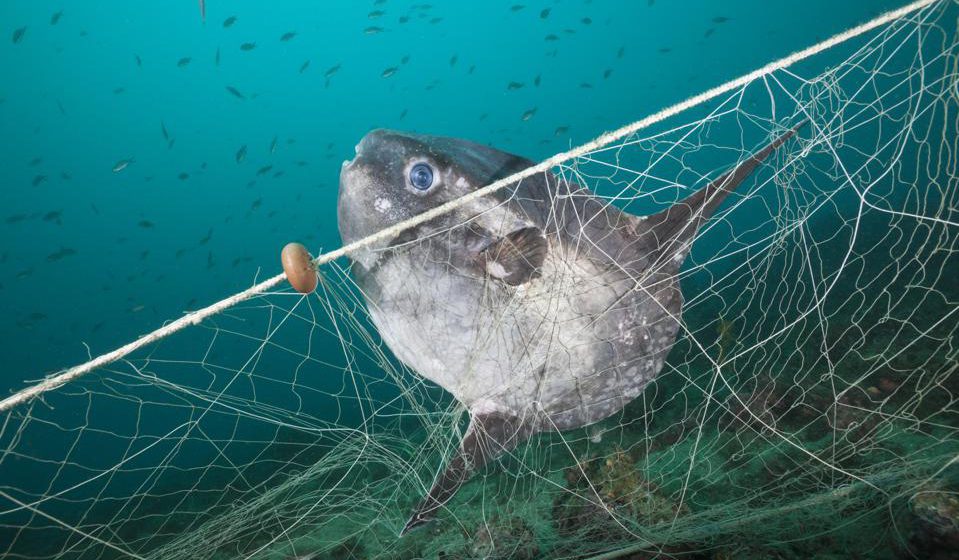 Seaspiracy - the dark sides of humanity

I wouldn’t be me if I didn’t watch the much discussed film that is ‘Seaspiracy’. The Netflix film show was for me a peculiar case study of ecological and psychological issues. Did I get carried away by the emotions directed by Ali Tabrizi? Did the controversial content make me stop eating fish? Or maybe I found something more in this film? I would like to invite you to read a personal look at this documentary.

I am not an expert director, so I will not comment on the dynamic shots, the stealthy framing, the sudden cuts, the tragic background music, the emphatic statements of the people who ultimately made the picture that is “Seaspiracy”. I simply let myself be taken along on Ali Tabrizi’s 1.5 hour expedition and I looked at the bay of Taji and the fishing port of Kii-Katsuura in Japan with him, I was in Hong Kong, China, off the coast of Africa near Liberia, or in Scotland on the Faroe Islands. I saw a sea of blood instead of water. I saw how man kills not just for food, but for profit.

I am also not a high-class oceanographer or a scientist-ecologist to be able to decide whether the data contained in the film about the disappearing population of sharks, tuna or dolphins or about the exact amount and type of plastic rubbish drifting in the seas correspond to the real numbers. Especially since, after watching the documentary and doing some research on the internet (I am always curious and inquisitive!), I found articles questioning some of the information provided…

I cannot 100% trust the statements of the people who appear in this Netflix production, because again, I found reports online that some of them were taken out of context and manipulated for the film. A voice of discontent has been raised by institutions and individuals who have been involved in ocean conservation for years – including the Plastic Pollution Coalition, Oceana, Earth Island Institute and the Marine Stewardship Council. It is difficult in such a case to judge who is telling the truth. Is it an ‘or’ or an ‘and’ magazine? Can such a document – or as it has been called “investigative journalism” – can be a reliable source of information? 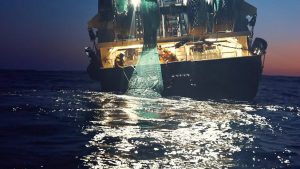 A drop in the ocean

One thing is for sure – the discussions during the shoot and after the premiere of the film are accompanied by strong emotions. And I fully understand that. The issues raised in the documentary are more complicated than we think, multi-layered, economically, geopolitically, socially conditioned (e.g. in China, companies that overexploit the sea waters have been certified as sustainable fishermen anyway).

The scenes shown are literally a drop in the ocean, because during the over an hour-long screening we can see only a fragment of a larger whole. In the film we move from place to place, jumping from topic to topic. I had an irresistible impression that I entered the cinema in the middle of the screening, not seeing the beginning or the end, not knowing the whole plot.

What else have I experienced? A shortfall. The director touches on various themes in the film, each of which is important and, in my opinion, could have been a separate episode! Plastic and microplastics in the seas, mercury and metals in fish flesh, food security and famine in poorer parts of the world, maritime slavery and piracy, climate change and global warming and their impact on the aquatic ecosystem, the effectiveness of institutions working to protect the oceans, the extinction of fish and marine mammal species – these are all topics that the documentary lacked the time and space to look at in a broader context. 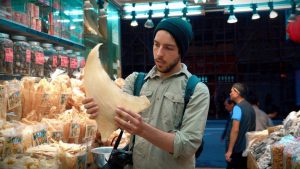 The damage done to the oceans and seas by man is undeniable. After watching this film, I wondered mainly about two aspects.

Both these aspects are linked by money and man. Plastic is cheap and easy to use in various sectors of the economy, so it does not pay to use something else. In many cases, industrial production would either be unprofitable or the prices of many products would have to be increased, in which case the consumer would be hit hard. Fish, on the other hand, are killed not only to have something to eat, but also for profit – according to the director, in the film, Japan has applied to the IWC’s International Whaling Commission in 2019 because of the lucrative supply of cetacean meat to Russia, and bluefin tuna is an endangered species because its meat is a rarity and is one of the most expensive fish in the world – one was sold in Tokyo for over $3 million!

I feel that the director of the film “Seaspiracy” concentrated only on the ocean, and did not try to look at it through the perspective of other, equally global environmental tragedies. There are many man-made problems, so many such documentaries could be made, but if everyone pulls in one direction only, nothing good will come of this ultra-ecology for humanity and the planet. It’s worth having a broader vision, outlook and trying to solve the problems of taking care of nature in every area, as a whole. Yes. Let us save the Earth, but please do it in the right way. Only a balance in nature will keep us and future generations safe. 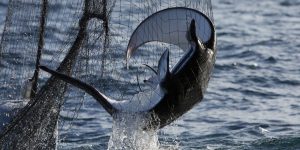 In my opinion, further action is needed to address the damage caused to ecosystems by climate change, pollution and the growth of the human population, with reference to the oceans, for example, the creation of a global network of marine protected areas, or an end to subsidies for industrial fishing (this is already being discussed at the WTO).

Personally, I have not and will not give up eating fish. I think that what counts above all is moderation, conscious buying and not wasting food. At Save the planet, which I have been running for almost a year now in Posnania Shopping Centre in Poznań, we introduced salmon to the menu some time ago. However, it is not just any salmon, but a special variety, Jurassic salmon, which we get from the world’s first fully organic farm. The salmon grows in highly mineralised geothermal water, which comes from a borehole over a kilometre deep. The meat is antibiotic-free because the salmon has no contact with the outside world of bacteria and parasites. It is fed with gmo-free feed. HERE you can check out how exactly we serve it in Japanese bowl. And you can check it personally in Posnania  in Save the planet.

Will the damage be remedied? This will require governments, fishing companies, research institutions, NGOs, businesses and consumers to work together. I will leave as an answer here Dr Sylvi Earle’s comment at the end of the film: “No one can do everything, but everyone can do something”.