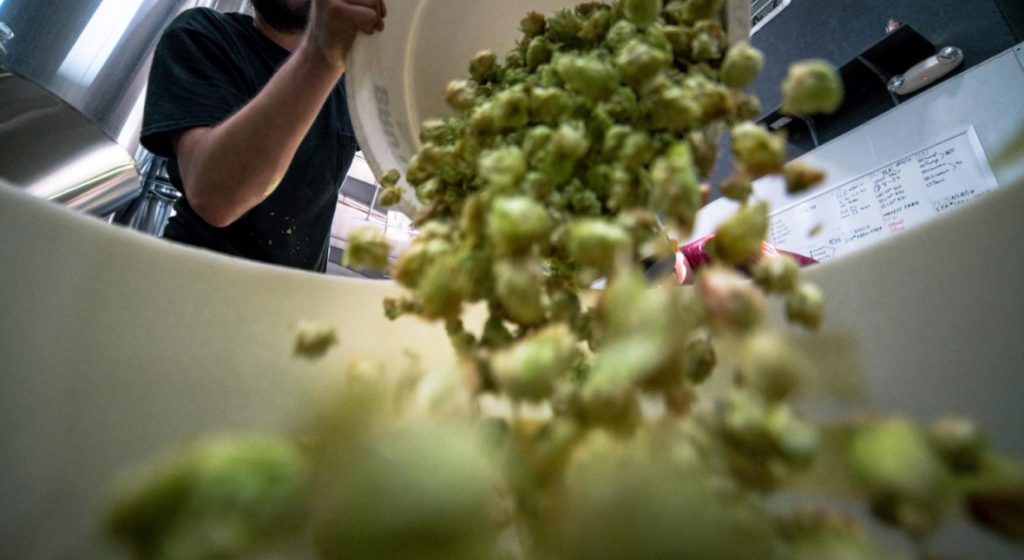 We produce, we buy, we waste

Would you go to the supermarket, buy three carrier bags of food and then just throw one away? Statistically, this is exactly what is happening today: one third of the food produced for human consumption worldwide is wasted. These figures increase dramatically always around the holidays. First the festive tables and then… the bin full of rubbish.

Easter time is behind us. Most of us didn’t miss anything to eat; actually, there was a lot left over. I believe you shared the surplus with family and friends, froze some of the food or donated it to local canteens. I myself try not to waste food – not only because it gets more and more expensive every year. To me, throwing food away means wasting the precious resources used to make it (like water) and heavily polluting the environment. It is also unethical when we lose or waste about a third of the food we produce, yet one in ten people go to bed hungry every day.
Christmas reminded me even more starkly of the scale of this problem, which many of us are not aware of. And we should be aware, because it turns out that it is not the industry that wastes the most food – it is us: the consumers.

1. Annually, 33-50% of all food produced in the world is in fact never consumed.
2. According to UN estimates – the value of this wasted food is over $1 trillion and it weighs up to 1.3 billion tons.
3. This amount would fill 23 million 40-tonne trucks with valuable food! If they were lined up one after the other they would be enough to circle the Earth 7 times.
4. Unfortunately, food ending up in the rubbish turns into waste emitting 3.3 Gt of CO2 equivalent. This means that if food waste were a country, it would be the third largest emitter of greenhouse gases (after China and the USA).
5. More land than China is needed to grow food that is never consumed.
6. 25% of the world’s water resources used for food production are irretrievably lost when food products end up in the rubbish.
7. In most developed countries, households are responsible for more than 50% of the food thrown away.
8. A quarter of the food wasted from the US, UK and Europe could feed a billion hungry people worldwide.
9. 2.3 billion people will join the planet by 2050 – this will require a 60-70% increase in global food production. 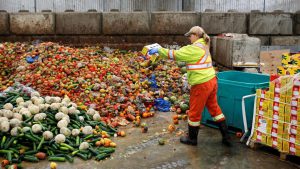 CONSUMERS THROW AWAY THE MOST

Estimates carried out as part of the EU-funded FUSIONS project showed that around 88 million tons of food are wasted annually in the EU, which converts to a waste of €143 million. This means that statistically, each of us throws away approximately 173 kg of food every year. Poland is in the disgraceful lead. A statistical Pole throws 247 kg of food into the rubbish annually, per person, with a value of PLN 2,600. This means that 6 tonnes of food ends up in rubbish bins every minute!
Who is the biggest ‘producer’ of food waste? According to estimates given in the Food Waste Index Report, households waste the most food – 61%. The remaining 26% comes from catering and 13% from retail.

Complementing the statistics – according to the FAO, high and low-income countries discard similar amounts of food: 670 and 630 million tons respectively. But there is a fundamental difference in where and how this loss occurs.
In low-income countries, losses are more likely to occur at earlier stages. In sub-Saharan Africa, for example, 83% of food is lost during production, handling, storage and processing. In contrast, in North America and Oceania, 32% is lost at earlier stages and 61% is wasted by consumers. 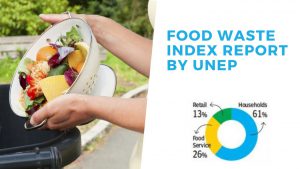 It is worth mentioning that the Food Waste Index Report is a UNEP tool that supports countries in achieving UN Sustainable Development Goal 12.3: i.e. halving food waste by 2030. You can check out the report to see how they are doing >> >> here.
If you are curious which countries globally waste the most food, it looks like this: 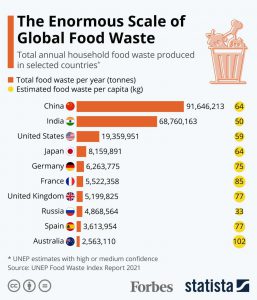 source: Forbes
Anyone who was betting that we were throwing most of our cold meats or dairy products in the bin was wrong. It is fruit and vegetables that represent the largest food waste process according to IFCO. 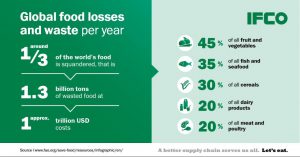 Source: IFCO
What are the reasons for throwing away food products in households? 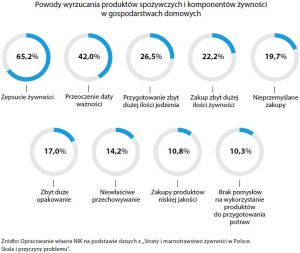 A DETRIMENT TO HUMANITY AND THE ENVIRONMENT

Do you take advantage of “eat as much as you want” buffets? Or of the “buy one, get another product for half price” offers? These types of offers encourage us to buy more. But are we always able to consume that more?
It is the same with the multitude of on-shelf products – the more grocery ranges in a shop, the greater the risk that some products will not sell out before the expiry date. The vicious circle thus closes.
As a result of excessive consumerism, or more precisely shopaholism – we waste food, which results in gigantic economic and business costs. And this is happening at the same time as the problem of malnutrition and hunger is posing a huge challenge to many countries. In Poland, around 1.5 million people are assisted by Food Banks. A similar number are supported in the UK. In the USA, 40 million Americans live in food poverty.
Wasting food is also harmful to the environment. First, we deforest the land to produce food, we drive species to extinction, we degrade soils, all to produce food that we… then throw away.
We must remember that when we throw away food, we also waste the resources that were used to produce it, such as fresh water, which is the Earth’s most precious resource. According to the FAO (Food and Agriculture Organisation of the United Nations), it takes an average of 125 litres of water to produce 1 apple and 15,400 litres for 1 kilogram of beef. We generate a colossal food print.

In addition, when food waste goes to landfill, it decomposes and forms methane, which is 23 times more harmful than carbon dioxide. The leachate from them can contaminate groundwater supplies and the decaying residue attracts pests, such as rodents, which can transmit disease.

WHAT CAN WE DO?

• In low-income countries, better training of farmers and investment in infrastructure such as refrigeration and reliable renewable energy sources would be supportive. There is already a Nigerian company, ColdHubs, which produces a solar-powered refrigeration system that helps reduce waste caused by supply chain disruptions.
• Sharing the surplus, for example, by donating unsold goods. E.g. UK retailer Tesco works with FoodCloud’s FareShare software platform to notify local charities of surplus food available for collection.
• An effective approach may be to reduce the amount of unused food by increasing transparency in the supply chain and establishing more efficient communication with farmers to reduce overproduction.
• Changing consumer behaviour – encouraging local purchasing (shorter supply chains mean less chance of waste), planning meals, paying attention to use-by dates and composting bio waste.
INTERESTING INITIATIVES
Los Angeles and non-profit organisation Food Forward – collects fresh produce at risk of being discarded from farmers’ markets, wholesale food suppliers and even home gardens and donates it to community members who need it most. In this way, the problems of food waste and hunger are addressed.

Fruta Feia means ‘ugly fruit’ in Portuguese. Operating under this name, the cooperative visits local producers and farms to buy deformed fruit and vegetables that do not sell. Fruta Feia turns ‘its harvest’ into boxes of food, which are sold to consumers in Lisbon, Porto and other cities across the country.

Podzielmy.sie is a Polish initiative that has been operating since 2015. It connects those who have too much food at Christmas with those who go hungry. Prepared dishes can be donated to one of the 17 dining centres participating in the campaign, which can be found at podzielmysie.pl.

Phone apps. Probably a good number of you have heard of, or even use, the Foodsi or Too Good To Go apps, which allow restaurants to sell surplus food and consumers to eat at much lower prices. This allows a lot of food that is left over at the end of the day to go to consumers instead of going into the bin. The Swedish Karma app, which I have previously mentioned here >> , works in a similar way. This app is already available in more than 150 Swedish cities, in London and Paris, and has been downloaded by more than 2,000 businesses and around 450,000 consumers. According to the app’s creators – collectively, 295 tons of food have already been saved.

Certainly, freegans are also coming to the rescue with help, rescuing eatable fruit and vegetables from the trash.
You probably know of plenty more interesting projects to combat food waste in the world – I’d love to read about them. Feel free to write!
———
He knows that we consumers generate half of the food waste. But the good news is also that … we can also be half of the solution! Will you take up the challenge?

I have already picked up the gauntlet and, by running the Save the planet Experience Centre in Posnania Shopping Centre, I ensure that we are mindful of not wasting food at every step. We promote conscious consumption and thoughtful shopping. Would you like to see how it works? I encourage you to enjoy slow shopping and delicious cuisine at Save the planet or online at: shop.savetheplanet.pl 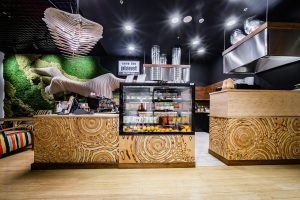