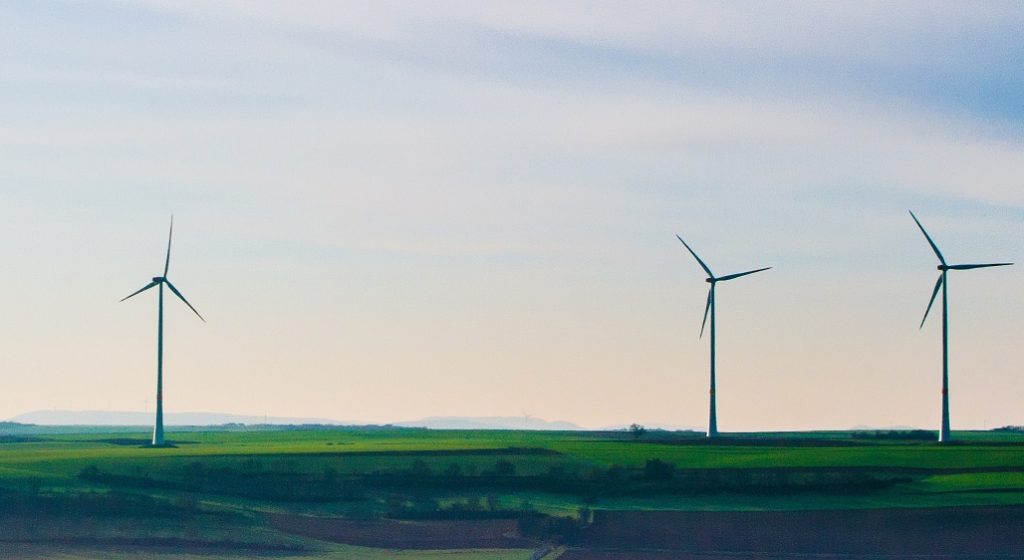 Energy revolution. But what for?

Our planet is only 4.5 billion years, but homo sapiens appeared on it only 200 000 years ago, which constitutes barely 0.004% of the history of the Earth. However, in fact, economic growth as well as a leap forward in civilisation and technology took place in the last century. At the same time, we lost control over its consequences for our planet. The population increased over 5 times – from 1.4 billion to 7.5 billion people. At such pace, within 100 years there can be almost 40 billion of us.

Have you ever wondered what awaits us in the following years?

Maybe activities taken up by us will make our times the last stage in the history of this planet? We need to take responsibility for what we’ve done. All the more so, we don’t plan to slow economic growth, decrease population, or reduce exploitation of natural resources of our planet. Does anyone know what is anthracite?

If not, it’s not surprising, because it almost doesn’t exist in the world. It was coal of the best quality and calorific value extracted in Śląsk. It was extracted in a cheap way, just below the soil surface. Nowadays, its deposits lay at the depth of one kilometre, and exploitation of coal of poor quality using heavy equipment costs a fortune. We subsidise mines, because such extraction is simply unprofitable. Polish energy industry buys coal from Russia, Czech Republic, and Ukraine as well as from USA, Columbia, or even Australia. Not only is it cheaper, it is also of better quality, has lower VAT rates (e.g. the one from Russia), and governments of these countries subsidise its expensive transport. If economic growth takes place at such speed, in a moment we will lack not only coal, but also another natural riches of this planet such as: water, wood, gas, petroleum or iron ore. Or their extraction will become unprofitable.

„Energy revolution? But what for?” – Marcin Popkiewicz

As Marcin Popkiewicz writes in his book, along with economic growth increases consumption of everything which is necessary to increase production and the standard of living. It is impossible to stop it if we want to develop, and we definitely want it. Therefore, not only natural riches of this planet are endangered, but CO2 emission also increases, which results in greenhouse effect. The amount of waste generated by us is unbelievable. In connection with it, the only possibility of rescue is immediate conversion, at least in power industry, into renewable energy sources.

In Poland discussion on the subject of closing down the mines is like a coup, an attack on our national gold and the most important driving force of Polish economy.

And actually, the reason lies somewhere else, apart from political and electoral considerations.

Unfortunately, there is no possibility of miners changing their sector of operation and adjusting to new professions. And not because the European Union doesn’t give money for vocational training, and miners are not intelligent. The problem is that investors who are preparing a real investment boom in Śląsk in the form of new production facilities, and who could give a new job to all miners and their families, are only able to pay new employees a little more than the average market rate, that is 2500-3000 PLN net per month. The miners, who earn 3 times more, laugh at such rates. Not to mention annual bonuses and other privileges. However, Polish government is preparing a new energy law which may begin to realign the rates of renewable energy sources to the level attractive for investors in renewable energy.

So far, the largest Polish wind company announced bankruptcy, and the only optimistic accent in this story is a fact that it was bought for peanuts by… Sebastian Kulczyk, which shows that the investor with such class knows what he does. Besides, it is a tradition of Kulczyk family, which has a business sixth sense, to precede new laws and provisions with their actions. It means that they know more than us or Mr Sebastian has read the book „Energy revolution. But what for?” and came to the same conclusion as me: it must explode, so it is worth investing in it.

The book is for everyone who is not indifferent to the future of their children, not to mention their grandchildren. After reading it, one just wants to do SOMETHING with their past non-ecological business and private behaviour. Or drop everything and join some army which will save the world.

Mr Marcin, when does the recruitment start? I am ready to follow you…