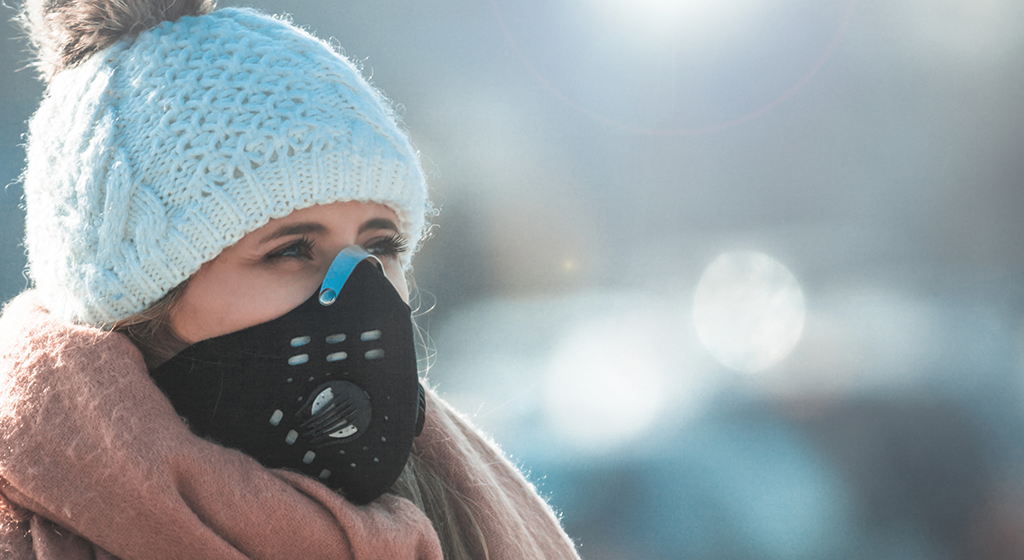 Smart city and the fight against smog

Are you concerned about the data? Because I am, and they are just a drop in the ocean of statistical data on smog. As reported by the media, concentration of harmful particulates in air is exceeded on average every couple of days. Smog is harmful to health but also to business, as many people escape polluted cities.

Smog in Poland is the highest in Europe

Smog is not a new phenomenon, but it has become such an important problem that many city development strategies include programmes for combating air pollution. The greatest problems in Poland are: particulate matter (coarse particles – PM10 and fine particles PM2.5), benzoapyrene – a cancerogenic and mutagenic substance, and nitrogen dioxide. I elaborated on the subject of pollution in more details during a conference held in Konin, organised last year by the regional Fund for Environmental Protection and Water Management in Poznań, entitled “Clean air as the basis for good quality of life” and a conference “From smart building to smart city” attended by JCC members and organised in our office in Jasin in February this year. One of the founding stones of the idea of smart city, a city of happy people, is health and, consequently, clean air.

According to the World Health Organisation, many Polish cities are among the 50 with the worst air, like for example: Żywiec, Pszczyna, Rybnik, Wodzisław Śląski, Opoczno, Sucha Beskidzka, Kraków, Skawina and Nowy Sącz. Accurate data for our city and hundreds of others can be found at the website www.breathelife2030.org created under a global campaign for clean air #breathelife organised by WHO.

Near-ground emissions are the primary source of smog in Poland. It is the smoke generated as a result of combustion of solid fuels for heating of houses and flats. Burning of wood, low-quality coal and waste in old stoves are the most harmful. Emission of pollutants from near-ground level sources not exceeding 40 meters is a characteristic feature of Polish smog.

Smog consists of micropollutants comparable to diameter of a single human hair. It can cause asthma, pneumonia, respiratory cancers, irreversible liver damage, dysfunction of adrenal glands, atherosclerosis or vasculitis. It is suspected of being one of the causes of obesity. Moreover, it probably causes infertility. Breathing polluted air is comparable to smoking cigarettes. A person living in Warsaw unknowingly “smokes” even 1000 of them per year, whereas citizens of Kraków take the amount of benzoapyrene which corresponds to smoking 2500 cigarettes per annum. Children and elderly people are particularly vulnerable. You cannot just cut yourself off from smog by hiding inside a building because polluted air will get there too. This makes the problem more serious, as we spend as much as 90% of our lives in enclosed spaces like houses, stores, offices, schools and preschools! 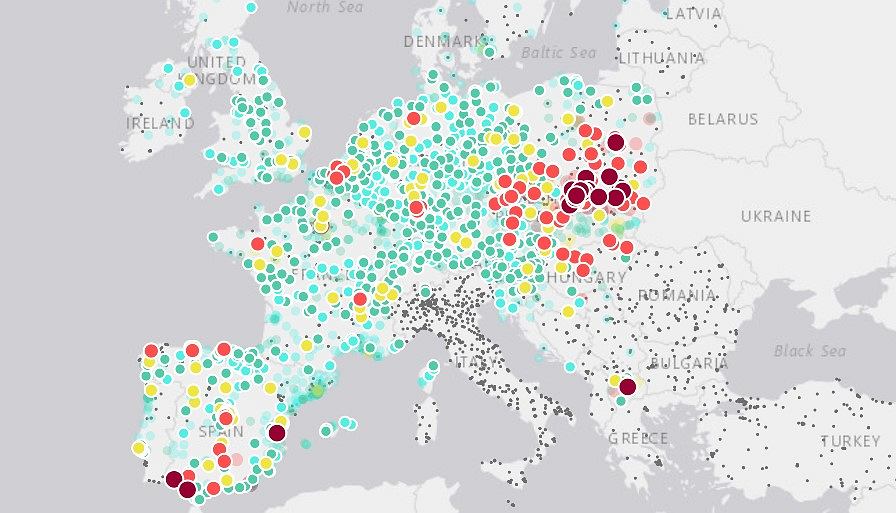 What are anti-smog measures in Polish cities?

Kraków co-finances replacement of heat sources – since mid-2018 the use of coal and wood for stoking is forbidden. In turn, a municipal team for combating smoke was established in Kielce – the quality of air is measured by city’s and private air quality sensors. Drones monitoring air and locating polluters fly over Katowice, just like in Szczecin, Elbląg, Skawina and Bochnia.

Warsaw also relies on co-financing. The citizens may receive a grant for changing their heating system or get a premium for heating bills. What is more, eco-educators operate in the city, and their task is to inform people on hazards related to near-ground emissions and on how to get the aforementioned grant. Thermomodernisation is a key element for combating smog. In Czeladź already 90% public buildings have undergone the process. Educational videos were shown before films in the local cinema in Sztum. A system of 20 measuring stations operates in Dąbrowa Górnicza. They allow checking which places are vulnerable to bad air quality at a given time. Sosnowiec utilises measuring equipment mounted on a drone and electric vehicle. In turn, special sensors are installed in 160 schools in Poznań. In Sopot, the authorities had decided that the best way to fight smog was expansion of the district heating network and connecting new buildings to it. Thanks to the EU funds, most schools and preschools in the city underwent thermomodernisation.

In Opoczno, local authorities focus mostly on education. Numerous meetings, conferences, information campaigns and educational projects related to the problem, like for example ecological picnic, were organised. A team of specialists conducts inspections of properties and checks if the residents burn household waste.

In order to cut emissions of exhaust fumes, 25 hybrid ecological buses were purchased for the Municipal Transport Company. Moreover, free public communication was introduced. The city also provided co-financing for replacement of old stoves for eco-friendly heat sources. Flyers informing on the effects of burning waste were distributed directly to houses of residents. The city also plans to drill geothermal bore holes.

Bełchatów is one of 5 Polish cities for which a strategy for adapting to climate changes was developed under the ClimCities project. 10 modern electrostatic precipitators were installed in two municipal buildings by the municipal office. They are supposed to cut emissions of pollutants by up to 90%. Old sodium lamps in street lighting are being replaced by modern LED luminaires, and also new garden squares and green areas are constructed.

How is smog combated by other countries?

Many people in north-west Europe have changed their cars for bikes or urban public transport. Citizens of Scandinavian countries are well aware of the consequences of excessive traffic. They put the “green trend” into practice. As early as in 1996, a low-emission zone was introduced in Sweden, and cars are not allowed to enter that zone. In 2006, city tolls were introduced, and their amount depends on car parameters.

Cities in Asia invest humongous resources in construction of new underground lines, and they also close old factories, while concerns invest great amounts of money in green buses or promotion of bicycles. Unfortunately, electric cars do not solve the problem of heavy traffic in China. The Middle Kingdom also imposed a countrywide limit for coal use. It is divided between Chinese cities and provinces. Thanks to such actions, even in Beijing it is possible to breathe freely from time to time.

On working days, the centre of Paris is closed to cars which are older than 20 years. The boundary is planned to be expanded in the incoming years. Similarly, the centre of Madrid is closed to petrol-driven vehicles registered before the year 2000. These activities are implemented under the Aire Plan.

In turn, an information system displaying warnings about polluted air in metro stations and bus stops was introduced in London. Also, in this city the oldest diesels are banned from entering the city centre. The latest news is that London, in cooperation with its partners from the academic sector, private sector and non-governmental organisations, launches the world’s largest air monitoring network.

100 cutting-edge capsules with sensors were installed on lanterns and buildings in the most polluted areas of the city. The data from the network will be complemented by information gathered by mobile sensors mounted on Google Street View cars (their range is about 30 metres).

– These real-time data will help us to learn more about the London’s toxic air and to implement an appropriate policy of cleaning measures – stresses London’s Mayor, Saddiq Khan on the website www.breathelife2030.org 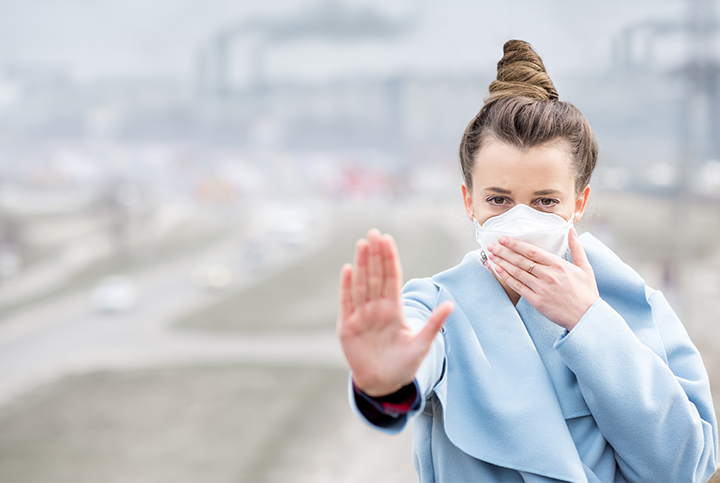 In my opinion, the first step in limiting the harmful effects of smog should be education of the citizens that it is them who have the greatest influence on air quality. By burning waste or utilising inappropriate fuel, they are the makers of near-ground emissions. Provision of reliable information on air quality (Big Data) should be the second step. Unfortunately, there are still too few sensors in Poland, which hampers making reliable analyses and drawing conclusions. It should be stressed that it is not only about gathering of data on air condition but also additional information which would enable local authorities to make decisions aimed at limiting the risk of smog. Unification of urban Internet of Things (IoT) would certainly be of use. It would allow faster and more efficient exchange of information between city cameras, systems analysing road traffic and weather stations informing about pollutant concentrations. As a result, it could translate into specific reactions like, for example, introduction of free public transportation or imposing restrictions on motor-vehicle traffic in periods of forecasted increase in smog levels.

Such solutions are already functioning in London, Vienna or New York, whereas they are still at the implementation stage in Polish cities.