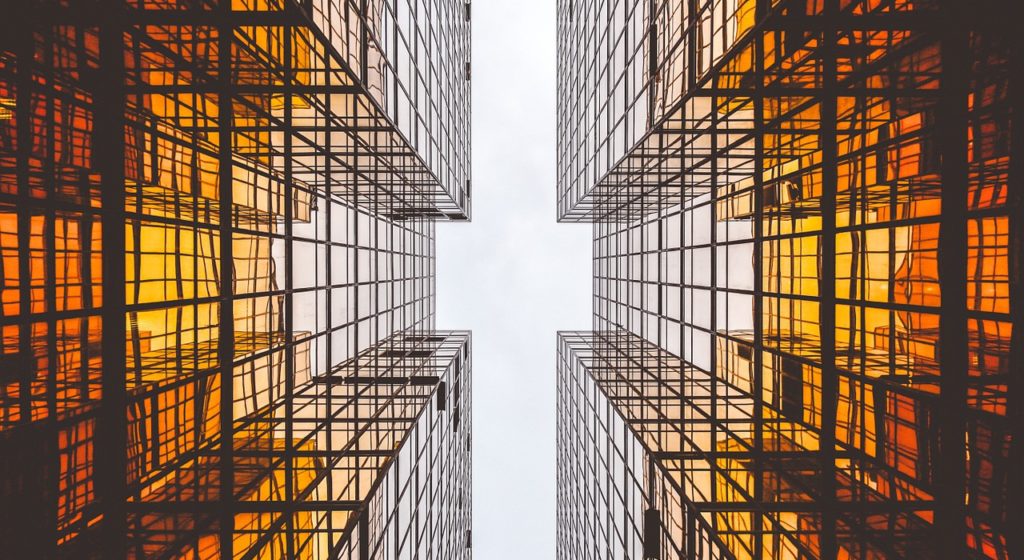 5 mega-trends to reshape life
in the city

The world is changing, and so are we. When we take a step back to take a look at the bigger picture, a number of mega-trends start to become visible. They have the power to impact societies, cultures and economies. Of these, I have selected five, which I believe will have the strongest influence on our city lives in the nearest years.

Poland’s 10 largest cities (the Silesian Conurbation, the Tricity, i.e. the Gdańsk-Gdynia-Sopot conurbation) are home to over 9 million residents, which adds up to 24 per cent of the Polish population and 1.5 per cent of Poland’s territory. Recently, I have been observing the phenomenon of metropolises emerging by integrating neighbouring municipalities and townships. Zielona Góra has increased its area by 15 per cent by merging with the adjacent communes, and is now bigger than Poznań. Warsaw is growing too – Poland’s capital city keeps absorbing communes that can see advantages of becoming part of a metropolis.

Forecasts do not predict a slowdown in the growth of the human population in the nearest future. By the year 2050, over 6 billion people will be living in large cities. And the greatest headcount increase is expected to take place in Asia and Africa. 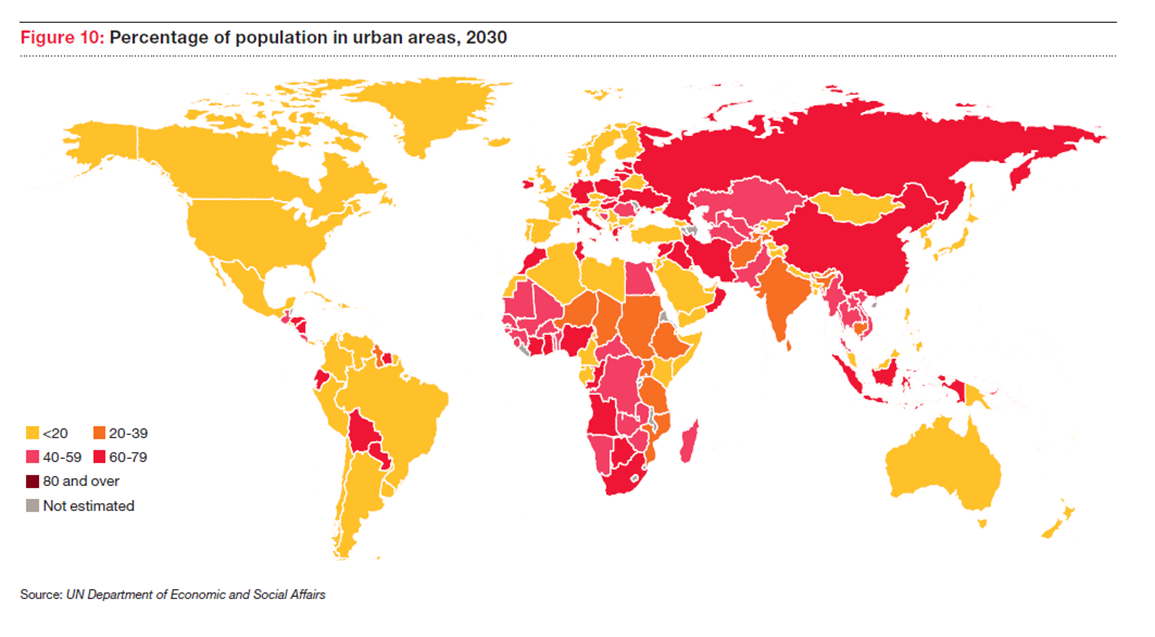 What does it entail in practice? The urban explosion will pose a number of serious challenges for the cities: starting from law enforcement and resident safety, through urban infrastructure and transport system development, building enough apartments, crèches and schools, to modifying social services, including the healthcare system.

Larger human concentrations also exert a greater impact on the environment (natural disasters, human-driven destruction and emergencies). They result in increased power and water demand, and there are regions in the world today where these resources are scarce already.

In the poorer countries, an explosive growth of population may lead to impoverishment and inaccessibility of basic services. Forecasters who observe this phenomenon foresee dangers in the spread of organised crime, gang formation, more frequent terrorist attacks.

The power industry is undergoing the most dramatic transformation since its emergence over a hundred years ago. The swelling numbers of city dwellers have insatiable appetites for electricity. Currently, large cities consume over 70 per cent of electric power generated in the whole world, of which 40 per cent is used to light buildings. 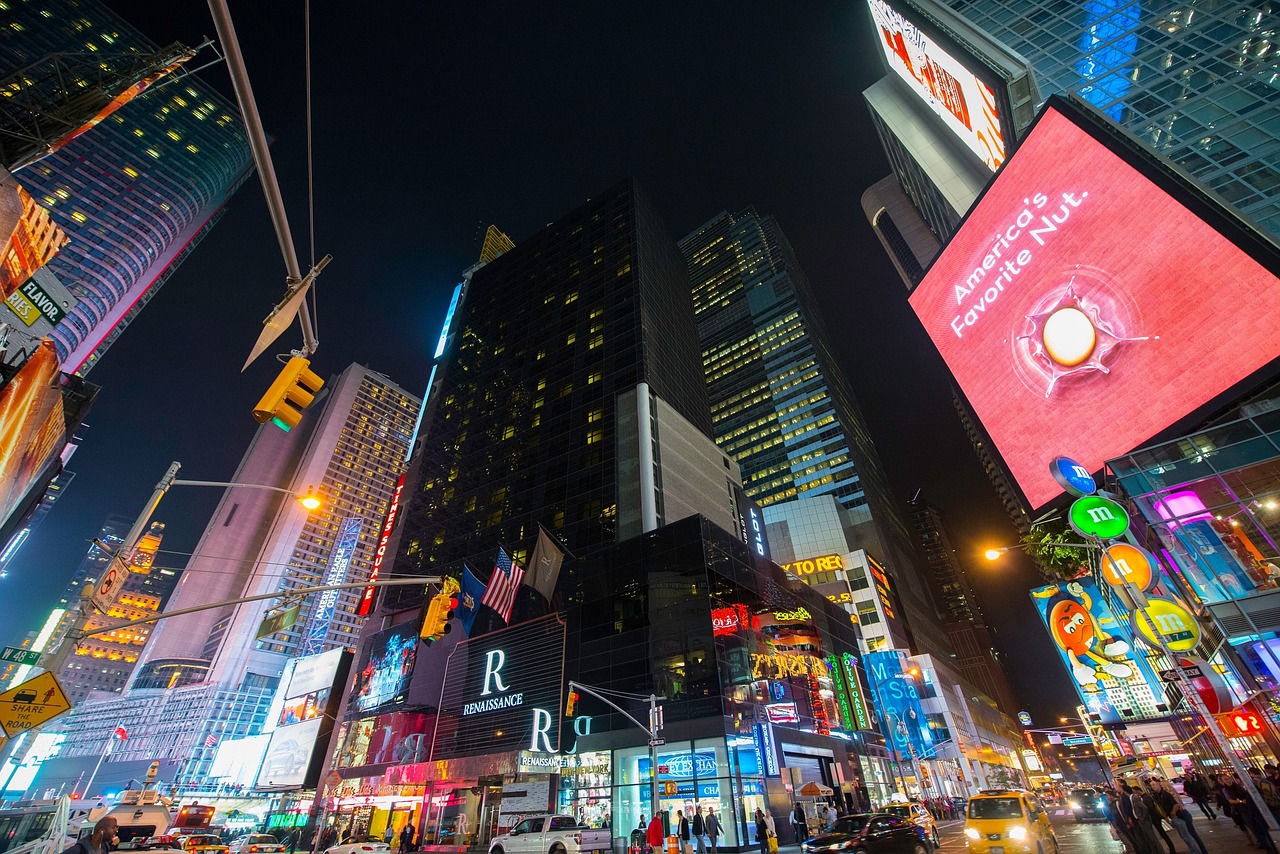 According to forecasts, the power demand will have risen globally by 57 per cent by the year 2050. This growth might even be higher, according to some estimates, due to a considerably greater emphasis on electric mobility and electric heating.

It seems that future cities will have to cope with a huge power demand while at the same time suffering from excess waste and effluent, and water shortage. If something is not done about it now, in my opinion, we are in for a serious blackout in a few years’ time. One day in June 2018, the power demand at about noon was a record high, at 23,429 MW. We bailed ourselves out by buying power from abroad, but how long can this solution be sustained for?

The national grid needs to be modernised. It is overstretched by heat waves and droughts which impact the workings of coal power plants, which rely on large quantities of water. If we are to implement electric mobility in cities, changes are a must. I see here an opportunity for renewable energy, which has not been used on a large scale so far. Renewable energy sources will allow us to preserve energy independence and fit well with the European policy of reducing CO2 emissions.

This is the direction in which the countries of Western Europe have been developing for years. However, biogas facilities are almost non-existent in Poland (with agriculture emitting 30 per cent of CO2), wind farms have gone bankrupt (mainly due to a shortage of cheap energy storage), and PV plants have only now started to break even due to an extreme rise in power prices (the payback period for industrial facilities is ca 6.5 years). But is this the right kind of support that our government is offering for private investment into renewable energy sources? Consumer awareness and behaviour is just as important.

Let me use the example of Amsterdam and its smart grid, i.e. intelligent power networks which measure, monitor and optimise the flow of energy from renewable and conventional energy sources. The system not only optimises the energy flows in the city but also quickly identifies any breakdowns. The city is also testing a smart home energy management solution which is based on household appliances sending power consumption information to the PC. The energy user can then monitor this feedback and switch certain equipment off, either automatically or remotely.

A lot is being said about smog in the cities. According to the World Health Organisation 7 million people die every year due to conditions linked to air pollution.

The smog in China and India is often mentioned to illustrate the poor condition of air in the world. Out of 20 most polluted cities in the world 15 are located in India! 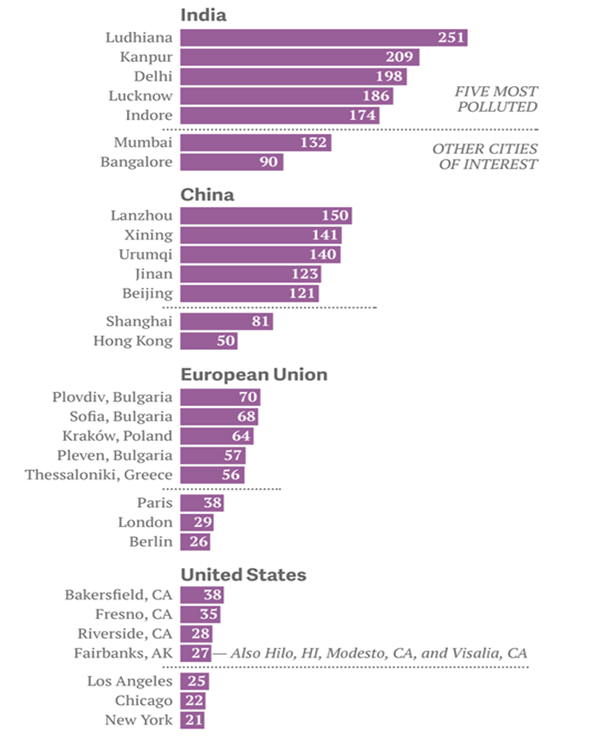 But one need not search that far – smog levels in Poland are quite as alarming. Over 80 per cent of residents in Polish cities are exposed to PM10 dust concentrations exceeding daily limits. 16 out of 20 most polluted cities of the European Union are located in Poland’s coal heartland: Żywiec, Pszczyna, Rybnik, Wodzisław Śląski, Opoczno, Sucha Beskidzka, Kraków, Skawina and Nowy Sącz are just some of them. It is estimated that smog causes ca 43 thousand deaths in this country.

Exact data for our city and hundreds of others can be looked up at www.breathelife2030.org, a website which was created for #breathelife – a global campaign for clean air led by the WHO [I wrote about it here].

If you ask me – smog is the underappreciated world war III. It is estimated that smog will be the cause of almost 40 million deaths over the next 5 years, and let me remind you that World War II saw 50 million people being killed within exactly 5 years.

Apps which inform about air pollution are not the answer to this problem. The solution that would work is changing the way we move through the city and changing the fuel we use for our stoves (the largest contributor to smog in Poland is ‘low emission’). The cities are already trying different measures – they are expanding networks of city bikes and electric cars, introducing restrictions on car traffic in the very city centre, promoting carpooling systems (popular in New York), investing in electric buses (Zielona Góra has a fleet of almost 50 vehicles!), in renewable energy production and energy storage, smart grid solutions and also installing special ‘green’ smog absorption stations. 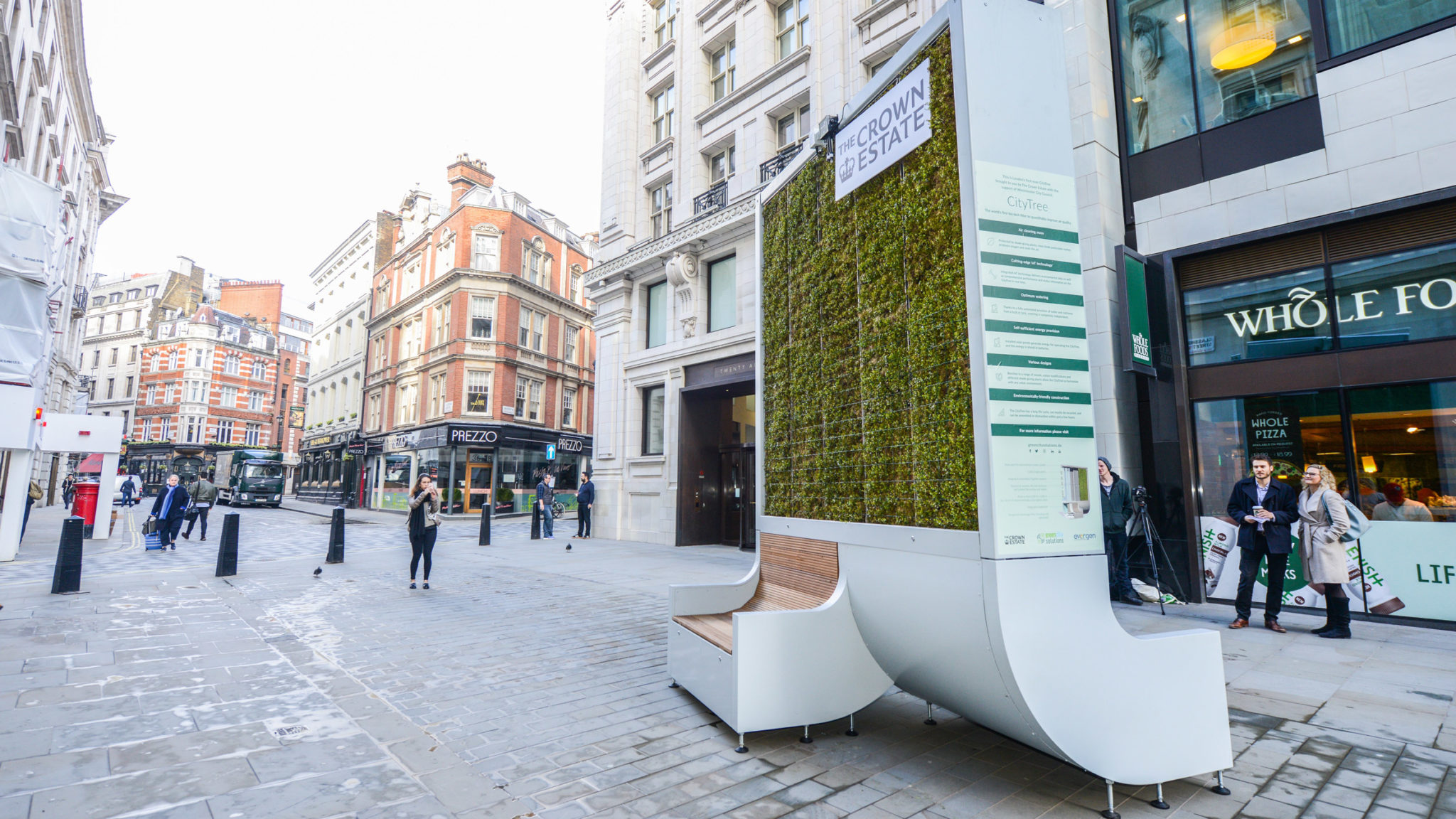 The noise hazard is growing together with the civilisation and human activity. As cities are expanding, there are symptoms that we are finding it more and more difficult to handle noise. 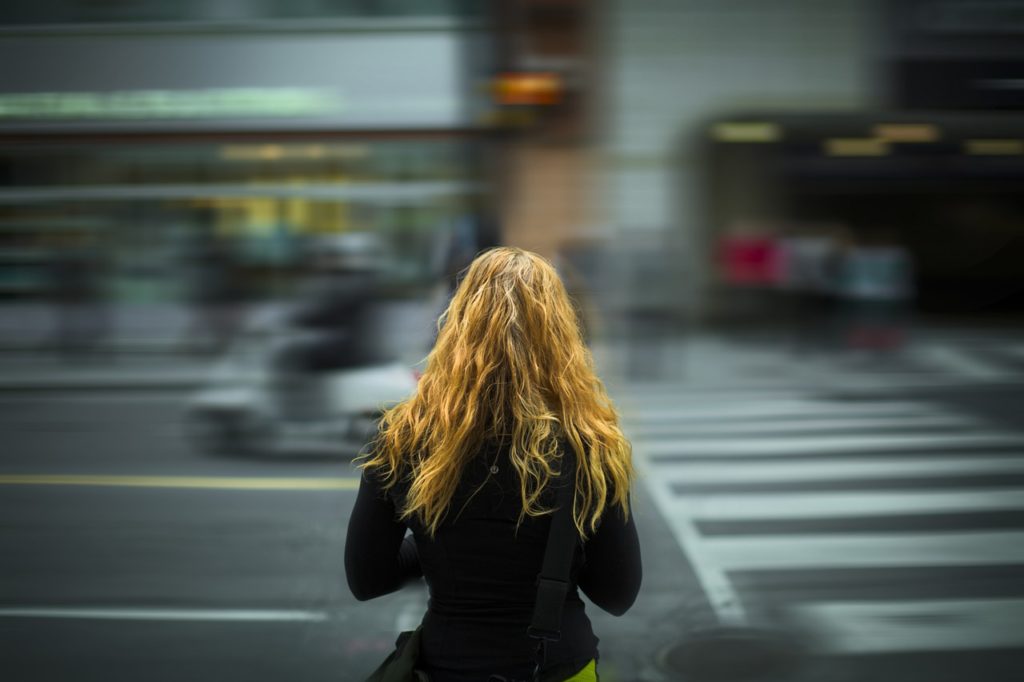 The WHO’s report data shows that noise ranks second to air pollution in terms of harmfulness to human health. At least 100 million Europeans – i.e. 1 in 5 persons!!! – is exposed to noise levels in excess of EU norms every day.

How does noise affect our health? It causes sleep disturbances in over 13 million persons, 72,000 hospital stays, and 16,600 premature deaths every year. It damages hearing – research shows that the hearing loss in persons living in the loudest cities corresponds with that of persons who are 10-20 years older! Noise is also the reason behind early ageing (in 30 cases out of 100, the lives of residents of large cities are shortened by 8-12 years), increased cardiovascular problems (high blood pressure, heart attacks, strokes, coronary heart disease), or even bird and other animal migrations, and generally a decrease in animal numbers.

It is estimated that the social costs of noise amount to 0.4 per cent of EU’s budget. The loudest cities in Europe are London and Berlin (a ranking list and article on this topic can be found here.

It might seem that once most population will get to live in the city and closer to their jobs, then the global demand for cars will most likely fall. The experts are divided on this topic, nonetheless. One of their forecasts estimates that the number of vehicles will nearly triple in 2050, from 800 today to 2 billion. Polish cities do not do well on the current ranking lists, I am afraid to say.

We are suffering from auto monoculture in Poland, which is gaining in strength – at an unprecedented rate! The main reason behind this phenomenon is a huge number of second-hand cars imported from abroad, increasing sales of new cars, and inefficient city transport. We are not investing enough in qualitative change of the public transport, the fleet of buses and trams is not growing fast enough, and the streets are not adjusted sufficiently quickly to accommodate the needs of bicycle and pedestrian traffic.

This phenomenon is completely unknown in Western Europe. Most users do not use cars to fulfil all their transport needs, but systematically use bikes, public transport, or simply walk over short distances.

To sum up, if we are to believe those experts who predict that the streets in the world will get more and more overcrowded, then cities are in dire need of a comprehensive solution for a fast, effective and cost-effective system for mass public transit. This will be the only way to move people and goods cheaply, fast and safely, using the capacities offered by airports, onshore ports, roads, rail roads, rivers, and even the air space o the cities (drones). 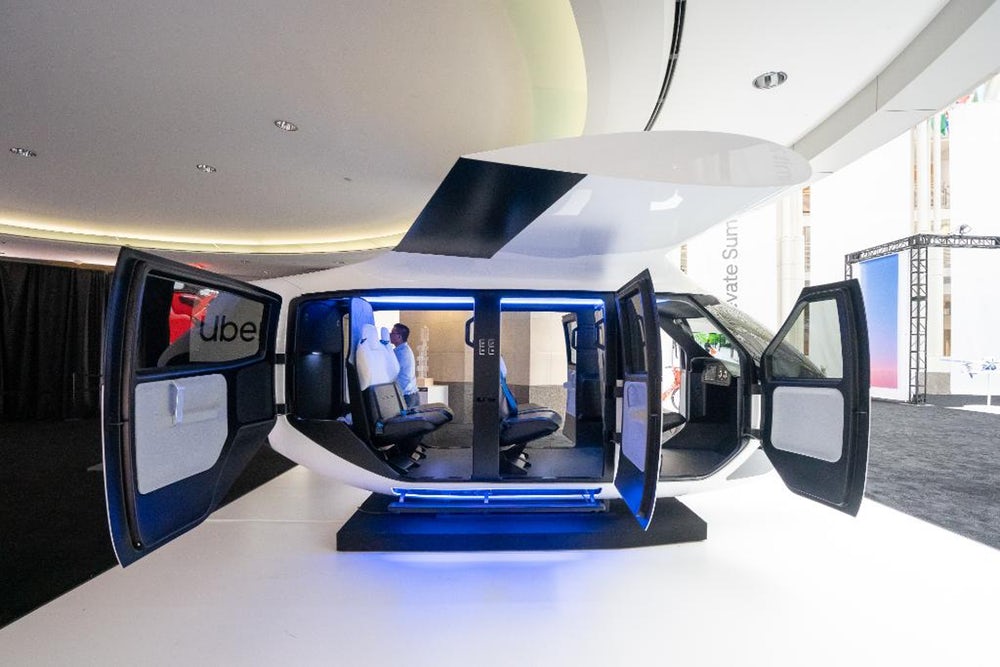 The cab of the Uber flying taxi, source: whatnext.pl

There are also other visions for the future, however. Cathis Elmsäter-Svärd, chairman of Drive Sweden and Global Future Council on Mobility member, has a completely different mental picture of urban mobility in the year 2030. He believes in autonomous cars, trains and buses which will be interconnected using an app. Traffic jams will become a thing of the past and the now useless car parks will be reclaimed and converted into green areas.

Not much time is left until 2030 for this vision to be put into effect. Having said that, Uber Air did claim rather ambitiously that it would have completed flying taxi trials – autonomous eVTOL drones – in Melbourne, Dallas and Los Angeles, with the intention to make the service available to the public by the year 2023. I have written about self-driving vehicles here:

How do you think? Which vision is the more likely scenario for the nearest future?