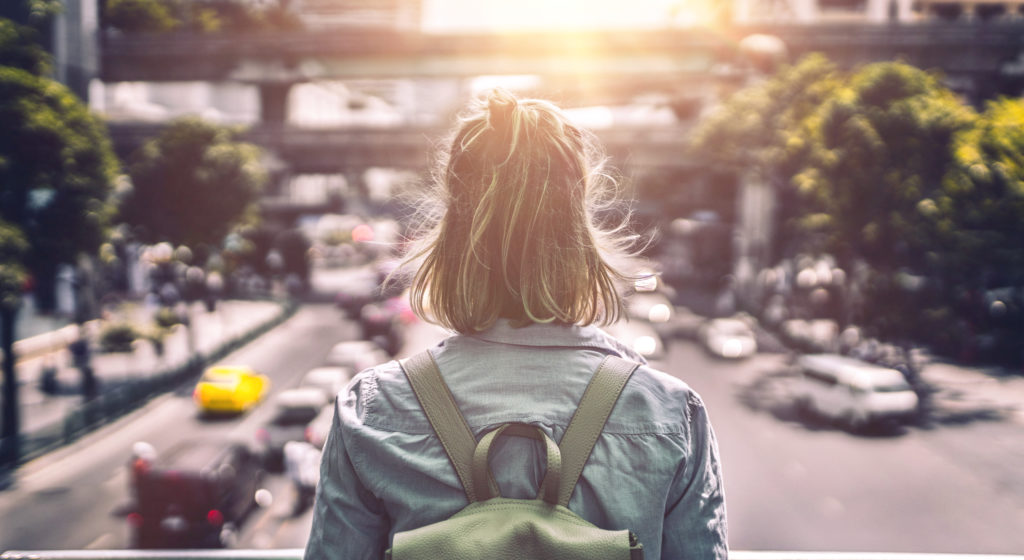 Noise in the city, that is priceless silence

Do you know that on 25 April we celebrated the International Noise Awareness Day? Have any of you heard of it? It was founded by the League for the Hard of Hearing and was celebrated for the first time in the USA in 1995. In Poland, the tradition of celebrating the day was started in the year 2000 by the Polish Society of Acoustic Hygiene [Towarzystwo Higieny Akustycznej]. However, I have the impression that not many people know about it, and we should pay more attention to noise and all related issues.

Why? Because noise pollution had become one of the greatest threats to humans in the 20th century. It’s not a joke. The data in the report prepared by WHO clearly indicate that noise is the second (after air pollution) most harmful environmental cause of ill health.

A PLAGUE OF OUR TIMES

Noise hazard is increasing in pair with developing civilization and human activities. As cities swell, we can see that it becomes more and more difficult to cope with noise. We have the reason to be worried because, as forecasted by UNO, two-thirds of world’s population will be living in cities by the year 2050. Based on forecasts, the population of India will increase by 416 million, China will grow by 255 million people and Nigeria by 189 million.

Going back to the main topic, that is noise, research of the World Health Organization (WHO) clearly indicates a correlation between population and noise pollution levels. Affluence of the society is also an important factor – the poorer regions the greatest the noise.

Data collected by WHO indicate that the noisiest city in the world is Guangzhou, located in southern China – with population of 11.5 million. The next places in the TOP 10 of noisiest cities are as follow: Delhi, Cairo, Mumbai, Istanbul, Beijing, Barcelona, Mexico City and Paris and Buenos Aires.

In total, the list includes 50 major cities. Dubai was ranked 24 in the classification. London was 26th, just before Taipei and Berlin, which were ranked, respectively, 27 and 31. For the full rankig, please visit >> https://knops.co/noise-pollution-50-noisiest-cities/ . Personally, I can’t accept that New York is only at the 32nd place! It is a city of one huge repair. Pneumatic drills are a standard fare, not mentioning steel bridges, which are everywhere, and old trains moving on worn and torn rails, which make such noise that you can’t talk with anyone near the bridge even for one minute! Maybe the NYC managed to blag things in such a way that the repairs were regarded to be temporary and were not taken into account. Nevertheless, I’d never decide to live in the city because of the terrible noise!

There are no Polish cities on the list (luckily!), but I made same research and found studies of traffic noise conducted in the biggest Polish cities. They indicate Wroclaw as the noisiest city! Gdańsk, then Warsaw and Katowice are just behind.

Noise means all onerous, unpleasant and unwanted sounds occurring at a given time and place. It is claimed that we can be safely exposed to the level of 85 dBfor up to 8h. However, Dr Eoin King, adjunct of acoustics and author of the book “Environmental noise pollution” claims that it’s too loud for a human ear.

When concerning rooms, WHO’s guidelines recommend less than 30 weighted decibels in bedrooms at night, in order to ensure good quality of sleep, and less than 35 dB in classrooms, to guarantee good teaching and learning environment.

A general guide to noise levels – in decibels, source: www.actdrc.org.au

Road traffic, then rail traffic and air traffic generate most noise. For example, the recent report prepared by BBC, in which traffic noise was studied, showed that some sections of the London Underground were so noisy (above 105 dB) that they could damage human hearing if they were someone’s workplace.

Onerous sounds are also the effect of industrial activity and activity connected with leisure.

Many years of research conducted by various institutes around the world indicate that noise influence cumulates just like radiation, thus impacting the entire body. Most notably, it damages the hearing system. Tests carried out in 2018 by Mimi Hearing Technologies on 200,000 participants from 50 cities all over the world (the so-called World Hearing Index), indicate that those living in the noisiest cities has hearing loss corresponding to being older by 10-20 years!

It was also demonstrated that noise leads to sleep and digestive disorders, problems with metabolic conversion, lower ability to understand speech and negatively affects vision and distracts.

Noise is proven to cause premature ageing, and in 30 cases out of 100, it shortens life of those living in large cities by 8-12 years. Among the subjects (mostly children), sudden short-lived noise lead to impaired concentration, memory and vision, and also to stuttering and even epilepsy. Exposure of children to continuous noise contributes to mental development disturbances.

Specialists warn that environmental noise, emitting lower-volume sounds which permanently surround us: at home, shop, shopping centre, school, office or public buildings, is more harmful than traffic and industrial noise. This kind of “smog” is a heavy burden for our organisms due to its permanent nature.

It leads to anxiety, nervousness, decreased efficiency and effectiveness of work and teaching, difficulties in mutual communication, more frequent work accidents, higher aggression and formation of local tensions between people and, last but not least, depression and mental disorders.

NOISE AND THE NATURAL ENVIRONMENT

Unfortunately, noise also affects wildlife. Typical consequences for wildlife are as follows: lower numbers of animals in habitats neighbouring areas with high noise levels (decrease in biodiversity), change of behaviours of birds and other animals leading to change in dwellings and decrease in numbers of laid eggs.

According to Dr Eon King, adverse effects of noise are still being underestimated. According to the data collected by WHO and a report prepared by scientists from Universitat Autònoma de Barcelona on the state of noise pollution in Europe (presented in 2017 at the international conference “Noise in Europe” held in Brussels), at least 100 million Europeans – that is one in five!!! – are exposed everyday to noise levels exceeding EU limits. 55 dB Lden (decibels measured within 24 hours and adjusted to different sensitivities in the morning, afternoon and at night).

Noise affects weaker members of the society – children, elderly and those who already suffer. Noise may have negative impact on development of foetus through higher stress levels of pregnant women.

The report warns: each year, noise leads to sleep disorders of over 13 million people, 72,000 hospitalisations and 16,600 premature deaths.

It is estimated that social costs of noise reach 0.4% of European Union GDP.

EFFORTS MADE BY CITIES

Traffic noise, like vehicles, trams and railway, is the main factor in cities. Some cities install noise barriers along streets and railroads, while others think strategically and invest in urban infrastructure.

Weren’t you surprised to see that S-Bahn in Berlin or trains in Vienna travel so close to residential buildings, and there are no noise barriers between them? The reason is that in these cities rail tracks are well-maintained and parts of trains are regularly replaced. In such a case, noise barriers are not needed.

European countries developed noise maps which show the nosiest areas (we can check which places to avoid in a city, e.g. by means of the Noise Tube app). There’s nothing unusual about it – the UE directive of 2002 obliges them to map urban areas and develop roadmaps in the scope of noise reduction.

Therefore, cities systematically implement traffic restrictions in city centres (Paris estimated that during the Car-free day, when 30% of the capital city is unavailable for cars, noise level in the city centre drops by half!). Authorities limit traffic of heavy-loaded trucks and use silent tarmac, reduce traffic volume and speed, invest in electric and hybrid vehicles, like in Copenhagen which, by 2025, wants to become the world’s first capital city that is free from carbon footprint (silent biodiesel Scania trucks deliver goods to the Danish retail chain Netto). Other tools are acoustic insulation of buildings (including installing special noise barriers or green walls, which dampen noise, in offices – among others these solutions are used in the showroom of the Smart Building Center in Jasin), soundproof windows, mechanical air conditioning in buildings, which generates less noise, park & ride solutions, carpooling and extensive network of bicycles.

In my opinion, in such a case, establishing special quiet urban areas (silent areas where the citizens could rest from environmental noises) in the city centre would be a brilliant Smart solution. Such areas can be found in city parks, courtyards, gardens and leisure areas, but I see these areas as special smaller zones which are designed for this particular purpose or as additional acoustic facilities (glass noise barriers) protecting, for example, parks in the city centre, which are certainly green, but you won’t enjoy chirping of birds due to the city noise.

Some cities already start building special architecture. For example, a special chapel of silence was erected in Helsinki, where you can find some peace among the city’s hustle and bustle, while a temporary artistic installation called “urban forest” was constructed at the Salone del Mobile trade show in Milan.

Despite these efforts, specialists warn: as long as there’s no political will to manage planning decisions and no strict rules and penalties for non-conformance, these minor actions taken by cities will have little impact on a global scale.

Solving noise-related problems requires long-term strategies for transport systems as well as production and construction methods in order to develop quieter and environmentally friendly solutions. It’s worth remembering, especially when know that further urbanisation and climate changes may contribute to higher pollution in the coming years.

I hope that more and more of you will remember about the International Noise Awareness Day, use bicycles or carpooling, pay attention to acoustics of flats and offices where you work (we spend 90% of our day indoors!) or spaces to which are sent your children, like schools and nursery schools. Start with yourself, with little things, and make a little change a bigger one.