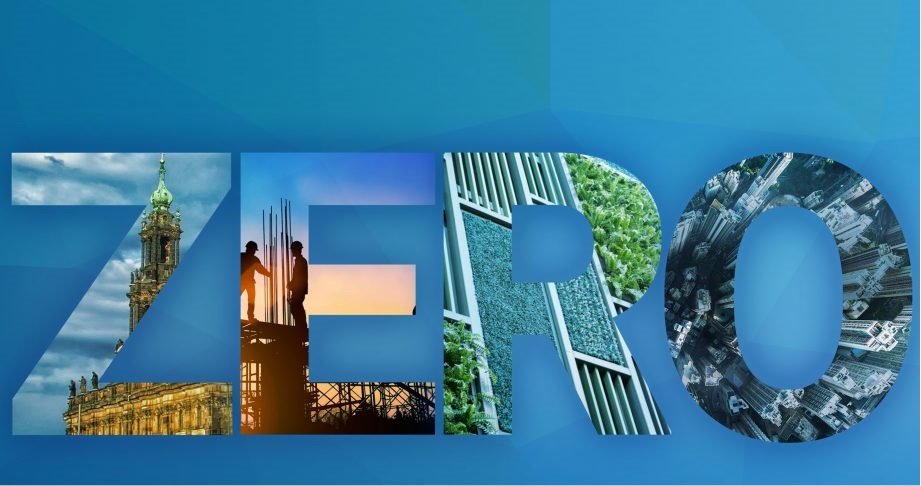 Will cities and the real estate sector prove more effective than the COP26 decisions?

Did you follow the proceedings of the COP26 Climate Change Conference? And of what was happening on the streets of Glasgow during the UN conference? There are many opinions about this event in the UK. The most frequent are: empty words, total disappointment, festival of hypocrisy, show for the naive. I add the word ZERO, but in a completely different context than you might think…

COP26 was reportedly one of the largest political gatherings of any held in the UK. Should we rejoice at this number and take it as a good sign that so many high-profile delegates and world leaders are keenly interested in the fate of the Earth? Or point to the carbon footprint produced by all those planes that brought (according to online sources) some 25,000 conference participants to Glasgow? Or point out that the activists who attended the 100,000-strong demonstration demanding stronger action are more concerned about stopping climate change?

LIGHT AT THE END OF THE TUNNEL

Well, COP26 is over. Some feel disappointed with the results. Others hailed it as ‘historic’. The details of the final agreement have long been disputed. The fact is that the UN climate conference for the first time called on countries around the world to move away from fossil fuels, including coal. Unfortunately, it was weakened at the insistence of China and India, and the wording itself regarding the move away from coal is vague.

Nigel Topping, the UN’s High Level Champion for Climate Action, was more blunt: “Despite all we have achieved, we are still woefully short of what future generations deserve.”

On a more optimistic note, Mark Watts, director of the C40 Group, says: “The single fastest way that national governments can make good on the promises they’ve made here at COP in the next few years is to devolve more power to city governments.” 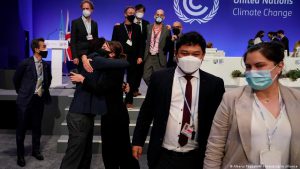 My summary of the last COP and everything that went on before it, but is closely related to it, is ZERO. Zero as in… zero carbon buildings. It involves 3 initiatives: the aforementioned C40, the Cities Race to Zero campaign and the Clean Construction Coalition. Before I explain ZERO in more detail, let me point out that the buildings in question make up the cities, and it is in these buildings that the future of generations to come will be decided.

Cities are both a source and a victim of the climate crisis. Although they occupy only 2% of the Earth’s surface, UNEP estimates that they are currently home to over 50% of the world’s population, and that number will reach 70% by 2060 [I wrote about this in the article “5 megatrends that will change your urban life”]. This density of population and buildings consumes 78% of the world’s energy and generates over 70% of greenhouse gases (data from the IPCC report). The high carbon footprint in cities is not only caused by transport, but also by the construction industry.

What does it mean? That where we locate new buildings and how they are constructed is key to reducing emissions and managing our exposure to the effects of climate change. That the majority of buildings built today are constructed with materials that have a negative impact on human health and wellbeing. That these buildings become inefficient in the long term because their lifecycle does not take into account either smart and eco solutions that reduce electricity and water consumption, or flexibility, i.e. the adaptability of the building to a different purpose of use. 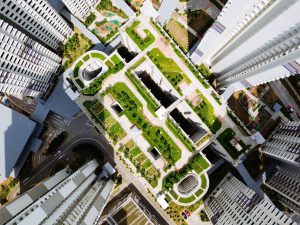 Houses and suburbs are not built to withstand heatwaves and other risks from climate change. Experts predict that by 2050, 1.6 billion urban dwellers will be regularly exposed to extreme heat, and more than 800 million people living in 570 coastal cities to flooding from rising sea levels. The concrete world will become a trap for us unless… we go ZERO.

MAYORS HAVE A SAY

We now come to the point. Does the C40 Group tell you anything? What about the Cities Race to Zero campaign?  Or the Clean Construction Coalition? They all revolve around action by CITIES, not countries, to tackle the climate threat.

In 2005, the C40 group was founded by 18 major cities at the time. Today it is a network of nearly 100 of the world’s leading cities, representing one-twelfth of the world’s population and a quarter of the global economy. They work to take urgent action to reduce greenhouse gas emissions and climate change, while improving the health, wellbeing and economic opportunities of city dwellers.

Mayors of C40 cities have made a commitment to limit the rise in global average temperature to 1.5°C. They are working with a broad coalition of labour, business, youth climate movement and civil society representatives.

C40 has already had spectacular results. For example, the mayor of Austin, which is part of the C40 – Steve Adler – can boast that the city is ahead of others in its transition to clean energy. Having previously invested in solar power, renewables now account for 46% of the energy in Austin’s municipal electricity grid, compared to 21% nationwide. In October, Austin moved its net zero emissions goal from 2050 to 2040, with a “strong focus” on reducing emissions by 2030!

The mayor is currently promoting a public transit system that is partially funded by a property tax increase approved by voters last year. Are there effects of these actions, other than for the climate? Of course. Workers are flocking to Austin – its population has grown by a fifth in the last decade, and big tech companies are opening shops there.

The mayors of these cities are acting boldly and consistently. An example of city power was the move by the Mayor of London, Sadiq Kahn, to extend the Ultra Low Emission Zone Charge to 4 million Londoners and their vehicles, despite vociferous criticism from authority representatives at national level.

Whereas Stockholm mayor Anna König Jerlmyr said her city’s timetable for a fossil fuel-free transport network was ahead of national targets, and Bogota mayor Claudia Lopez described a C40-backed plan to build a transport network for the sprawling, car-congested Colombian capital virtually from scratch.

Such examples suggest that cities can sometimes push for action faster and more effectively than national leaders.

At COP26, the C40 group took another step forward – including launching the Clean Construction Coalition.

THE REAL ESTATE SECTOR: WE SAY YES TO ZERO EMISSIONS!

A new coalition of cities and companies in the real estate sector was announced at COP26: The Clean Construction Coalition, which aims to halve emissions from the global construction sector by 2030. It is formed by 11 companies – from the architecture, engineering and construction industries. The coalition aims to harness expertise and solutions from across the construction value chain and deliver on the C40 Mayors’ promise.

The comments about this idea published on www.buildingtocop.org perfectly reflect what I myself have been preaching for several years as President of a company operating in the construction sector.

Neil Martin, CEO of Lendlease Europe, a global property and investment group that specialises in shaping cities, commented: As an industry we are designing and building the places where millions of people will live and work in 2050 and beyond. It is vital that these places are truly future-ready: flexible and able to play their full part in dramatically reducing carbon emissions to build the zero carbon world we so urgently need. This will require an unprecedented level of determination and collaboration across the value chain – from investors and developers to builders and material producers. It can be done and there is no time to lose. 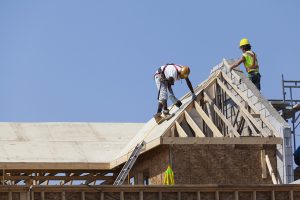 This voice is echoed by Diane Hoskins, who currently is co-managing director at Gensler, the world’s largest architecture company generating $1.235 billion in revenue, the most of any architecture company in the US: We believe that the road to decarbonisation can be greatly accelerated by the real estate sector. Since buildings are a major contributor to the world’s greenhouse gas pollution and their impact lasts for decades, solving our industry’s problem has the potential to change the rules of the game for global decarbonisation. I am convinced that when all parts of the real estate and building ecosystem – designers, suppliers, builders, owners and operators – engage equally, we will achieve a massive reduction in carbon emissions.

In a similar vein, members of the Net Zero Carbon Buildings Commitment are working. The Net Zero Carbon Buildings Commitment calls on the construction sector to take action to decarbonise the built environment, inspire others to take similar action and remove barriers to implementation. It calls on signatories to achieve net zero carbon in all areas of buildings under their direct control by 2030 and to advocate for all buildings to be net zero carbon by 2050. Net zero carbon buildings are green and healthy buildings. They use energy very efficiently and are powered by renewable sources. I am in favour!

Among C40’s key activities at COP26 was the announcement that more than 1,000 cities have committed to “moving towards sustainable building systems” as part of the UN’s Cities Race to Zero campaign.

Cities Race to Zero is a campaign for cities to encourage a commitment to halve their carbon emissions by 2030. It’s about green streets, clean air, designing and building zero-emission buildings, working towards reducing waste and conscious recycling. 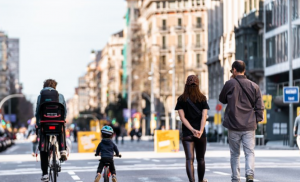 Yes, looking at COP26, I have the impression that it is not countries but CITIES that shape our reality and future more strongly. They are the ones who see opportunities and threats, and thanks to their smaller and more agile structure are able to act faster and more efficiently than state structures for the good of our planet. These smart cities see both a problem and great potential for change for the better in the building sector – something I am personally very pleased about. Cities are buildings, and the future belongs to sustainable construction. I believe in this and encourage you to join the race for ZERO.