Switzerland has cast a spell on me. Despite being a small country (8.5 million residents), it has been amongst the cleanest and most intelligent countries in the world for years. Did you know that? Inspired by this year’s 100th anniversary of Polish-Swiss diplomatic relations, I thought I might present to you a short alphabet of Zurich.

At present, Zurich is Switzerland’s largest agglomeration and financial centre. It has 390,000 residents. Many people associate it with wealth, banks and luxury. This might be so, but if I am to be honest, its splendour is not immediately visible. Of course, there is the Bahnhofstrasse brimming with exclusive boutiques in which not many can afford to shop, but in general what meets the eye are the clean and tidy streets, and the beautifully restored architecture.

This is not what sets Zurich apart, however. This city has always been taking the top ranks on intelligent city ranking lists and it came third in the Smart City Index 2019 developed by EasyPark. 500 cities from around the world were analysed using 19 parameters which influence the creation of efficient and intuitive smart cities, such as: provision of intelligent parking and intelligent mobility, the recycling factor, infrastructural investments, electronic payment points, business ecosystem, cybernetic safety, or the sustainable growth factor.

The entire ranking can be viewed here: https://www.easyparkgroup.com/smart-cities-index/

I would not be myself if I did not take a closer look at that analysis and create my own shortlist of the key components of Zurich’s success. Let me present to you a smart A to Z of this city.

What definitely cannot be appreciated from the outside are Zurich’s intelligent building management systems. Starting from the Autumn 2015, several buildings in the city, including the Swisscom building, have been equipped with a smart management system for the interconnected heating, power and cooling systems. The result is a significant reduction in CO2 emissions, which has a positive impact on the natural environment.

As already mentioned above, city authorities care enthusiastically for city architecture. You can feel the love of the past in Zurich (the Swiss care painstakingly for all historical objects). An example of that passion are the police headquarters located in the Weisenhaus building in Bahnhofquai street, which houses a beautiful and very decorative Giacometti’s hall. This is a world-class monument.

C FOR THE CLEAN CITY INDEX

Having heaped praise on Zurich’s monuments let me now complement the city on its house keeping habits. On the one hand there are the clean water – even kids can bathe in Lake Zürich because it is free from pollution. The water in city fountains (of which there are 1,200) is crystal clear and potable.

On the other hand we have the clean streets. It’s the effect of smart waste management, and more specifically the Clean City Index – a digital system which counts and classifies waste to help solve the municipal sanitary problems. The system is quite simple: slow-moving vehicles (20km/ h), such as street sweepers, bicycles, and buses, got equipped with video cams. The recorded images are transferred to a computer which launches a machine learning algorithm. It can detect up to 40 types of waste, even small ones, like chewing gum. The system adds the quantity of waste recorded by the cameras, and sends the data to the city authorities who on this basis decide which streets are to be cleaned, and how often. These actions help save time and money. Very clever.

On top of this, the city conducts regular awareness campaigns encouraging the residents to recycle and upcycle their waste.

D AS IN DENSITY OF THE URBAN TISSUE

The smart city idea involves clever spatial planning. Zurich has implemented a policy of thickening the urban tissue to prevent the uncontrolled urban sprawl into far-off suburbs. Its cornerstones are: revitalisation of post-industrial districts, modification of public spaces, and large-scale infrastructural projects.

Every redeveloped district in Zurich is designed in such a way as to fit in with the city’s ID and be environmentally friendly. 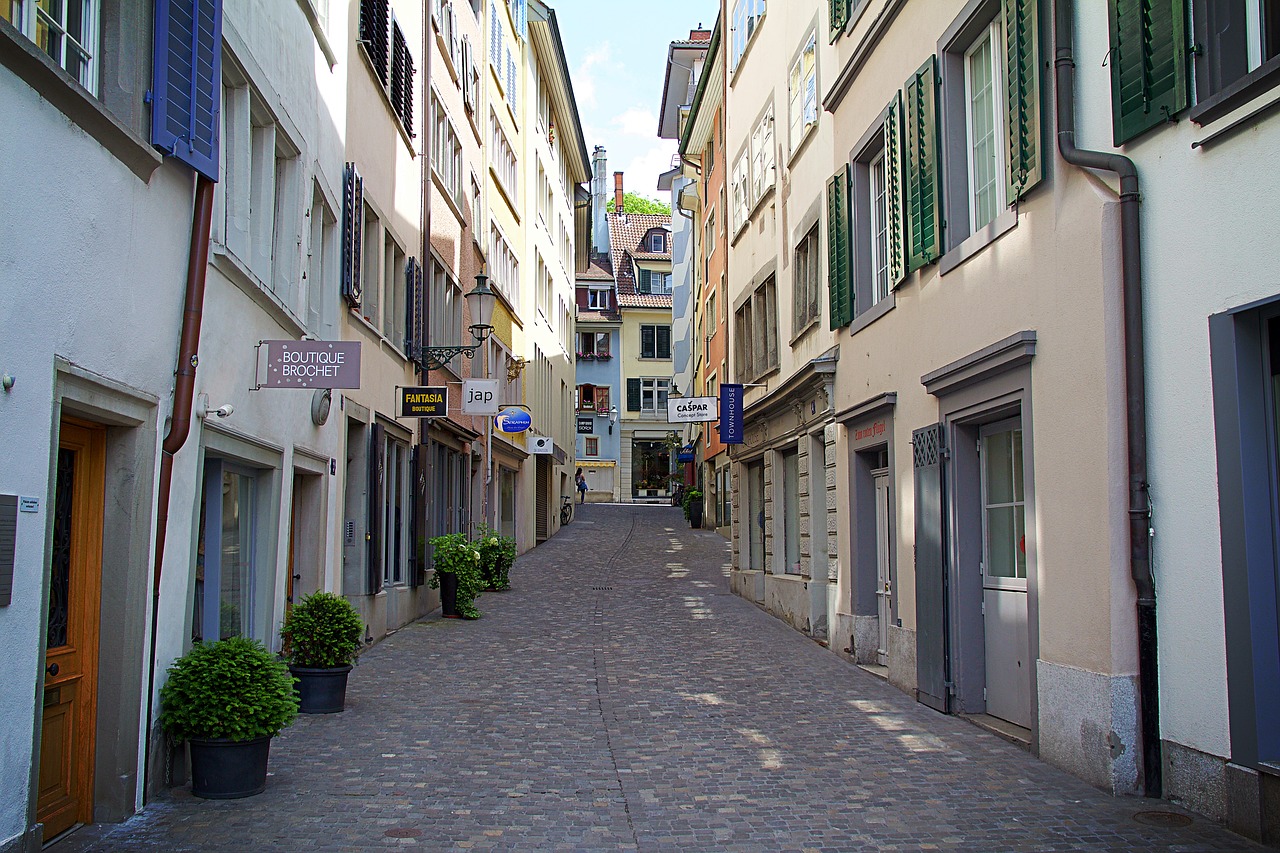 It is worth noting that Zurich implements these processes with social participation, i.e. involving the local land owners and residents. This is very reasonable, because according to estimates Zurich’s population is set to rise by 20 per cent soon, which will pose quite a challenge for the city authorities.

E AS IN ENERGY

Zurich’s main direction of development, in addition to sustainable development, is energy self-sufficiency and reduction of CO2 emissions. The Swiss started to plan green solutions many years ago and for many years ahead. The government has implemented the ambitious project of the “2000-Watt Society”. Its target it to decrease the annual energy consumption per person from 5000 W to 2000 W, without the need to decrease the standard of living, in the period leading to the year 2050. A Swiss citizen currently uses almost three times as much.

The first measure to be implemented in that area was to impose a tax on CO2 emissions, which made the industry feel more environmentally responsible. The tax revenue is spent, among other, on the healthcare system and a fund for increasing the energy efficiency of buildings.

F AS IN FUNCTIONAL TRANSPORT SYSTEM

The Swiss government has spent a lot of money on modernising the transport system, especially city railways, because this is the most ecological way to travel. The Swill rail company CFF/SBB collaborates with local public bus and rail transport, which makes it possible to change and continue travelling on the same ticket. The Swiss public transport in general is based on the principle of frequent changes, which ensures as quick and frequent connections as possible.

Switzerland’s largest train station, and at the same time the busiest train station in the world, is Zürich Hauptbahnhof. It serves ca 2,900 trains and 350,000 passengers per day!

Moving through Zurich is not overly complicated. A vast city transport network, made up of buses and suburban trams, provides quick transit into the more remote parts of the city.

Also, Zurich has a dense network of bicycle paths and nearly every location can be reached on two wheels. What is best, one can rent a bicycle in Zurich for free. It is a solution I recommend because parking in the city is difficult, and the traffic is busy.

G AS IN GREENCITY ZÜRICH

And here comes the last letter of Zurich’s smart alphabet – the cream of the cream: namely the very green 8 ha of the GreenCity. A paragon of smart city, the district has been built on the grounds formerly occupied by factories. It is the first area in Switzerland which is intended to consistently meet the 2000-Watt society targets.

According to assumptions, the GreenCity is to fully rely on renewable energy. At this moment, it covers 70 per cent of its needs from small hydro and PV panels. The remaining energy is to be supplied from green power plants located in the vicinity. The designers have also planned that the district’s flats are to be heated and cooled down using ground water and geothermal water. GreenCity’s undergrounds additionally contain a local waste water treatment plant. Care has been taken that its residents have full freedom of movement.

Thanks to a newly built city train station, Zurich’s centre can be reached in 8 minutes’ time. There are also several bus lines, a car sharing system, e-vehicle charging stations. Would you like a similar neighbourhood to be built in your city?

I am curious what other letters you might want to add to Zurich’s smart alphabet. I am looking forward to your comments!